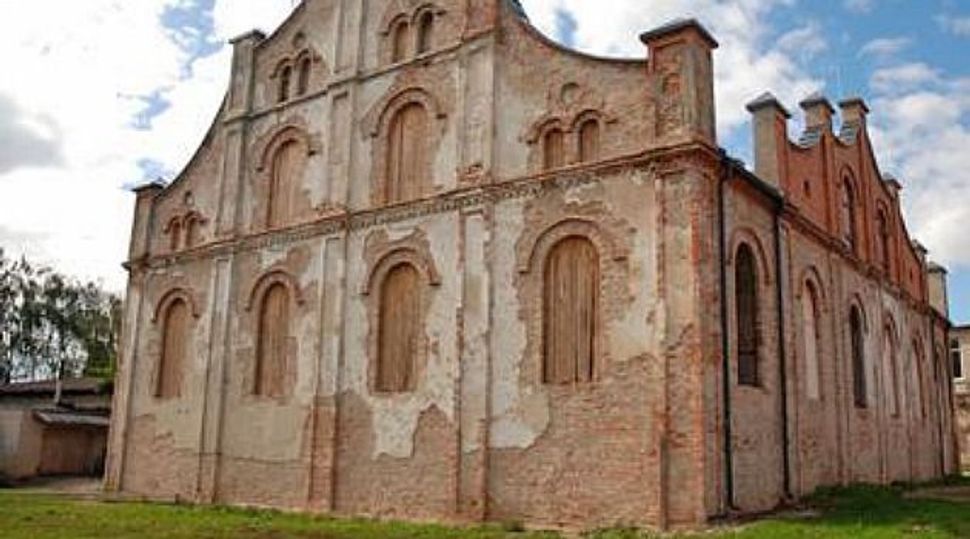 After seven years of renovations, a unique complex made up of two 19th-century synagogues opened to the public in the Lithuanian town of Joniskis.

The complex in northern Lithuania comprises the Red Synagogue, which dates to 1865, and the White Synagogue, from 1823, according to the World Monuments Fund, which participated in the restoration.

“The unique complex of Joniskis synagogues is an important cultural, historic, architectural, and social landmark, not only in the district of Joniskis, but within Lithuania and Eastern Europe as a whole,” the fund wrote on its website.

Countless Lithuanian synagogues were destroyed by the Nazis and later by the Soviet government. The Joniskis complex, with the Star of David decorating one of its facades, escaped a similar fate because it is surrounded by residential buildings, meaning that “would-be vandals passed right by them without realizing they were there,“ the fund wrote.

After the war, the buildings were abandoned and reused for various purposes, according to the fund.

The synagogues were in a “serious state of serious disrepair” when restoration efforts began in 2007, it said.

The roof of the White Synagogue was replaced and the false upper-level facades on the sides of the building have been restored to their original configuration, the fund reported. In addition, the Red Synagogue’s foundations were repaired and made waterproof.