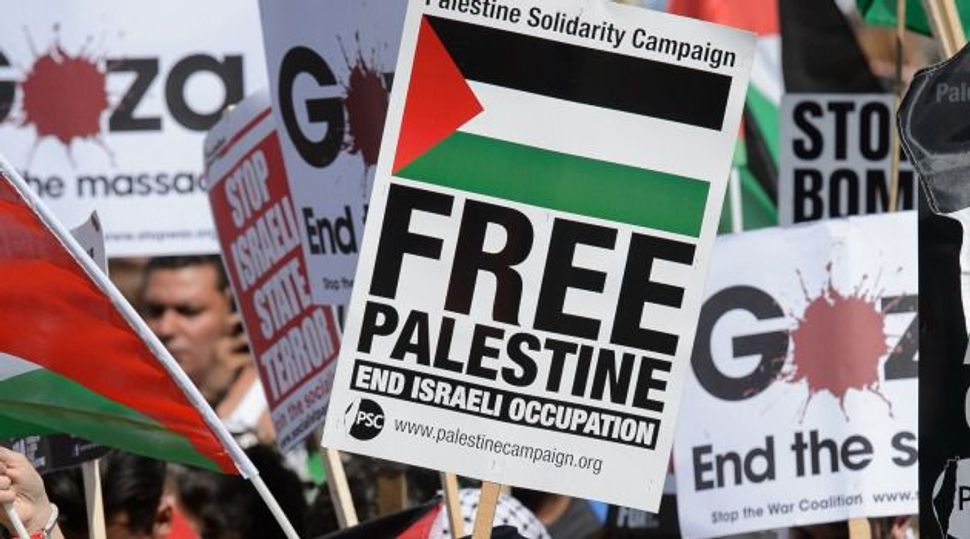 A senior Palestinian official said on Thursday that European moves toward recognizing an independent Palestine would bring them in line with global public opinion, ahead of a symbolic British parliament debate on the issue set for Monday.

The UK vote comes as Sweden’s new center-left government is set to officially recognize Palestine and a spokesman for the French foreign ministry said this week that recognition would be a positive step at some point but still advised peace talks.

Israel says such recognition would undermine now stalled negotiations between the two sides, but Palestinians believe it is the best way to achieve a state.

“International public opinion is way ahead of many governments. There is a strong solidarity movement, there is a strong network of people speaking out when governments are much more timid and reticent,” Hanan Ashrawi, an official in the Palestine Liberation Organization told reporters at her office in the West Bank city of Ramallah.

One hundred and thirty-eight countries approved the de facto recognition of the sovereign state of Palestine in a vote at the United Nations General Assembly in 2012 but most European Union countries, including Britain, have yet to give official recognition.

Palestinians want an independent state in the West Bank and Gaza, with its capital in East Jerusalem.

A motion due for debate in Britain’s lower house of Parliament on Oct. 13 will ask lawmakers whether they believe the government should recognize the state of Palestine.

It is unlikely to win approval because it is at odds with official policy, but even if it did pass, it is non-binding and would not force the government to changes its diplomatic stance.

Palestinians believe Britain bears a unique role in their plight, as it ran a colonial mandate over what is now Israel and occupied Palestinian lands from the end of the First World War, blessing a Jewish homeland among the native Arabs and allowing mass Jewish immigration there, mostly from European countries.

“(There is a) historical responsibility by the British toward Palestine dating back to 1917, and we believe this process of rectification has to start – it is about time,” Ashrawi said.