Gaza Aid Conference May Fall Short of $4B Goal 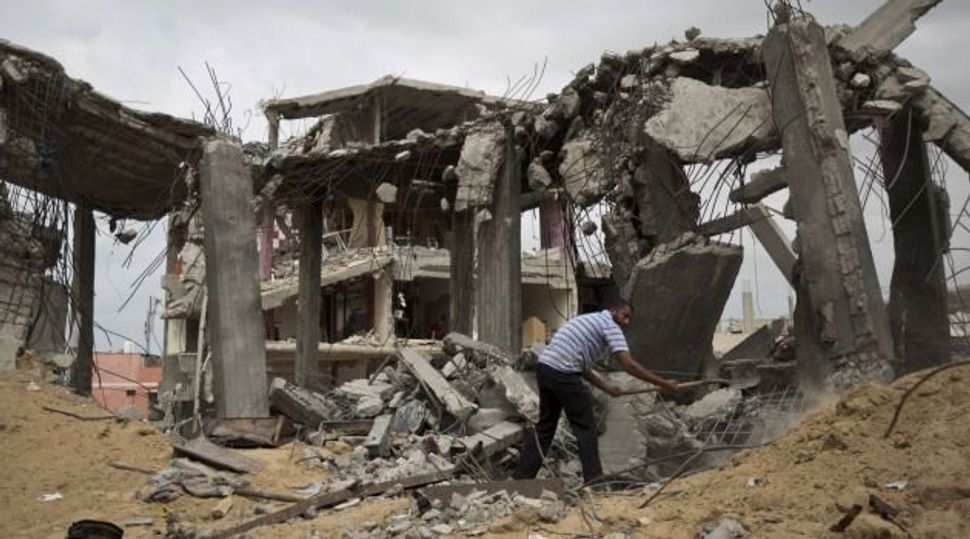 Senior U.S. officials voiced doubts on Friday that an international donors conference to be held in Cairo this weekend will meet the Palestinians’ full request for $4 billion in aid pledges to rebuild the Gaza Strip after it was devastated by a 50-day war between Israel and Hamas.

Secretary of State John Kerry will join with his counterparts from dozens of countries on Sunday at a meeting where the Palestinian Authority is hoping that moves by a new unity government toward assuming control in Hamas-dominated Gaza could make wealthy donor governments less wary of providing reconstruction funds.

But it remains unclear how generous they will be, given the lack of progress toward resolving the broader Israeli-Palestinian conflict and the risk that hostilities could erupt again, destroying whatever has been rebuilt.

“It’s fair to say there are serious questions being raised by the donors,” a State Department official told reporters, citing concerns that unless the cycle is broken they will be “back here doing the same thing again in a year or two.”

He predicted the conference would yield “significant contributions” for reconstruction, with the Gulf states providing the bulk of it and Washington and the Europeans offering “meaningful and appropriate” amounts as well.

But the official said, “I don’t know whether anybody thinks we’re going to get to four billion (dollars), or whether we need those kind of pledges right now.” Another State Department official added: “We’re not there at this point.”

Palestinian Prime Minister Rami Al-Hamdallah has put the full cost of reconstruction at about $4 billion over three years in Gaza, where an estimated 18,000 homes were destroyed and infrastructure was badly battered during the seven-week war.

Kerry, who led an intensive peace effort that collapsed in April, will also use the conference to re-commit Washington to a two-state solution and keep the door open to negotiations, the officials said. But they offered no specifics, and the chances for restarting the peace process soon appear dim.

Though Israel will not take part in the Cairo meetings, one U.S. official said: “We’re asking the Israelis to continue to do what they’ve been doing in terms of facilitating humanitarian assistance” to the Gaza Strip.

While Gaza remains hemmed in by an Israeli-Egyptian blockade, Israel agreed to take steps to ease some restrictions on the coastal strip under a ceasefire deal in late August.

The war, which began in July with Israel saying it was determined to put an end to rocket fire from Gaza, left more than 2,100 Palestinians dead, most of them civilians. Sixty-seven Israeli soldiers and six civilians were also killed.

Kerry plans to meet Palestinian President Mahmoud Abbas in Cairo and will seek to dissuade him from “very destabilizing” diplomatic moves, one U.S. official said. The Palestinians have threatened to seek membership in the international criminal court as a forum to accuse Israel of war crimes.

But U.S. officials made clear they were encouraged by efforts by Abbas’s government, which rules in the occupied West Bank while Hamas holds sway in Gaza, to extend authority to the strip under a unity deal with the militant group, which Israel and the United States consider a terrorist organization.

However, reconstruction will be the focus of the conference, co-sponsored by Egypt and Norway in cooperation with the United Nations, European Union and Arab League. Washington announced $118 million in humanitarian assistance for Gaza in September, and Saudi Arabia has also pledged funds.

Gaza Aid Conference May Fall Short of $4B Goal