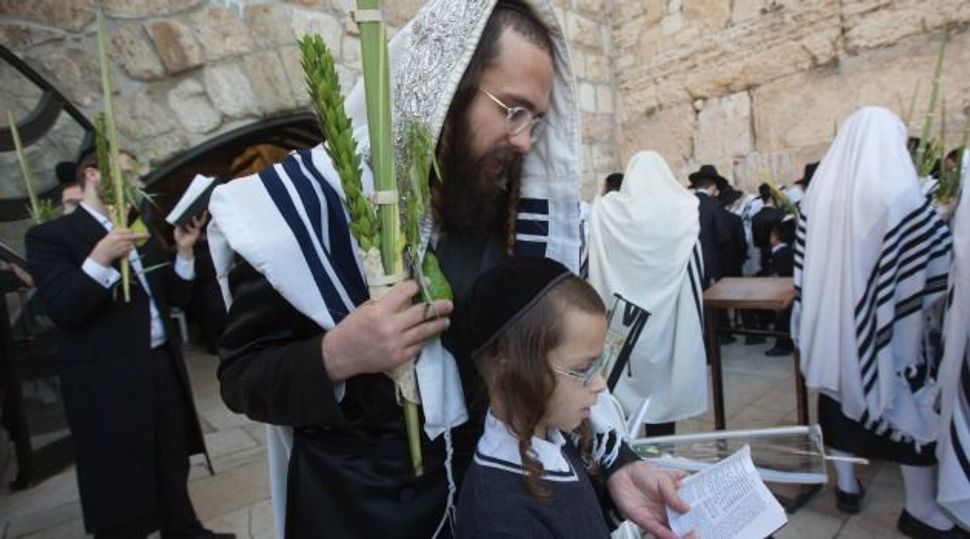 The Temple Mount was closed to non-Muslim visitors as about 80,000 Jewish worshippers visited the Western Wall for Sukkot holiday prayers.

Police clamped down on security in the Old City of Jerusalem on Sunday, adding extra patrols and closing the major streets around the area to traffic.

Israel Police on Friday restricted entry of Muslim men to the Temple Mount to those over the age of 50 in response to riots at the holy site two days earlier. Masked Palestinian rioters on Oct. 8 threw rocks, concrete blocks and firebombs at police at the Mughrabi Gate entrance. Four policemen were injured during the violence and at least five protesters were arrested, according to Israel Police.

The tens of thousands of Jewish worshippers from Israel and abroad gathered at the Western Wall for the traditional Birkat Kohanim, or priestly blessing prayer. Some 300 Kohanim raised their hands in the special blessing, according to the office of the rabbi of the Western Wall. Special prayers for the safety and welfare of Israeli soldiers and security forces also were recited.

On Saturday night, the Jerusalem Light Rail came under attack at the stop near the Arab village of Shuafat in eastern Jerusalem. In at least five separate rock attacks the windows of the train cars were damaged, and could put them out of service, which would slow the Light Rail during the Sukkot holiday, one of its busiest times of year.

Since July, the Light Rail has been attacked more than 100 times, causing railroad cars to be taken out of service, the Jerusalem Post reported citing data collected by the Light Rail.