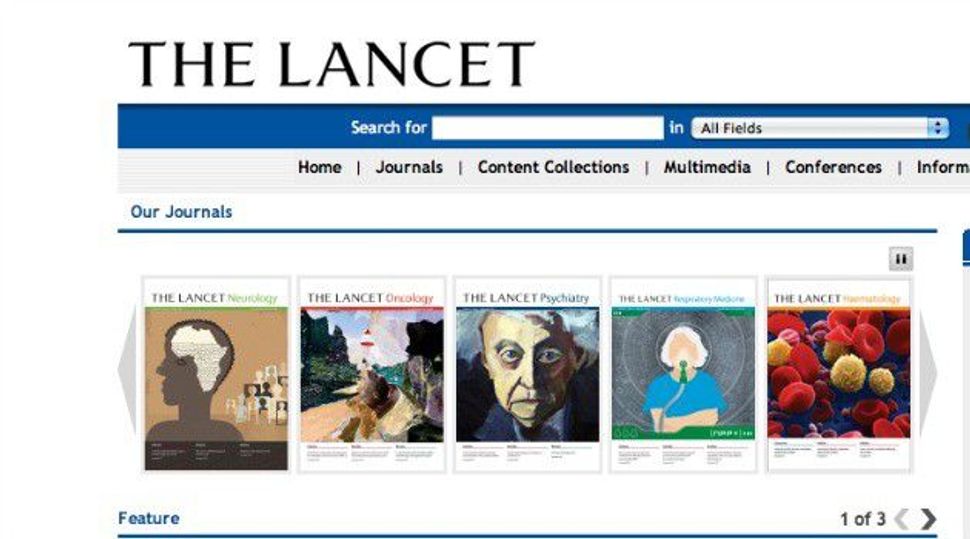 The editor of The Lancet wrote in the British medical journal that he regrets the polarization caused by the publication of an open letter accusing Israel of a “massacre” in Gaza, but did not retract it.

“At a moment of unbearable human destruction in Gaza, the unintended outcome of the Manduca et al letter was an extreme polarization of already divided positions,” Dr. Richard Horton wrote in an editorial in the latest issue of The Lancet following a visit to Israel and Rambam Health Care Campus in Haifa. “This schism helped no-one and I certainly regret that result. I have seen for myself that what was written in the Manduca et al letter does not describe the full reality.”

Horton said that the journal has proposed new guidelines to deal with “submissions that lie at the difficult intersection of medicine and politics.” Under the guidelines, “editors should always pause, reflect, and consult before publishing any manuscript that might unnecessarily polarize, or foster or worsen political division.”

He also announced that the journal would publish a series on Israel’s health and medical research system.

NGO Monitor, a Jerusalem-based research institute that monitors nongovernmental organizations, in a statement called Horton’s editorial “another step towards ending the exploitation of this journal for demonizing Israel,” but said it did not go far enough since it failed to retract or apologize for the publication of the open letter.

The group called on Horton to issue a formal retraction and apology and to remove the letter from The Lancet’s website.

The open letter to the people of Gaza was published during this summer’s conflict in the coastal strip between Israel and Hamas. Several dozen physicians from the West signed the letter, which also accused Israel of “cruel” and “vicious war crimes.” Physicians, researchers and Israeli officials decried the letter.

NGO Monitor unearthed evidence tying two of the letters’ authors to support for David Duke, who circulated a video supporting the white supremacist.

Following the publication of the letter, Horton was invited to visit Israel to see Jewish-Arab medical cooperation firsthand.

“At Rambam I saw an inspiring model of partnership between Jews and Arabs in a part of Israel where 40 percent of the population is Arab,” he wrote in Lancet. “I saw Rambam offering an open hand, gladly grasped by families from Gaza, the West Bank, and Syria, who were living with life-threatening health-care needs. I saw Rambam as one example of a vision for a peaceful and productive future between peoples, which I learned exists throughout Israel’s hospitals.”