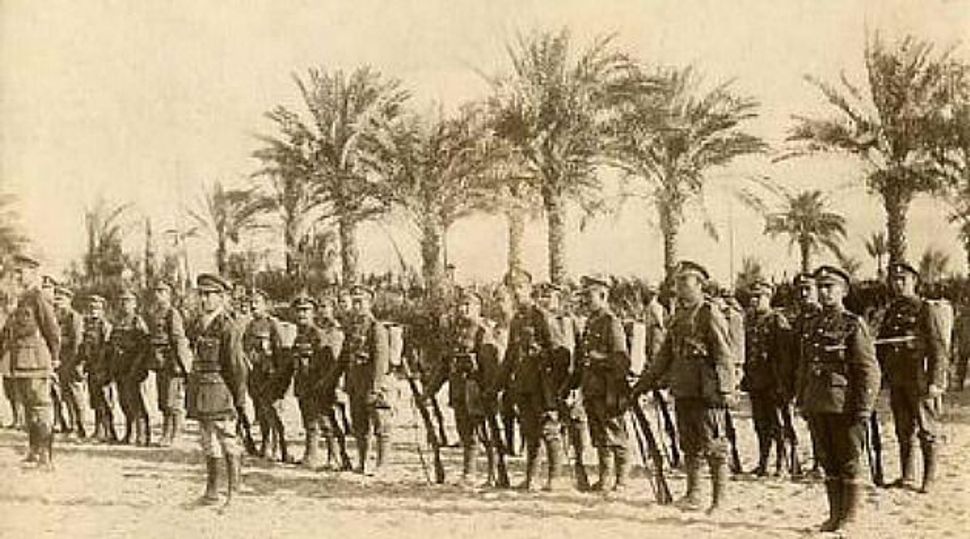 The remains of the commander of World War I’s Jewish Legion have been brought to Israel in fulfillment of his wish to be buried in Israel alongside his former soldiers.

The ashes of Lt.-Col. John Henry Patterson and his wife, Frances Helena, were brought to Israel for interment, the Prime Minister’s Office said in a statement issued Sunday.

The ashes will be buried in a special plot at Moshav Avihayil overlooking the military section of the local cemetery in which the remains of many Jewish Legion veterans are buried.

The interment ceremony will be held near the birthday of the Christian Zionist on Nov. 10, according to the Prime Minister’s Office, and the nearby Jewish Legion Museum will hold a memorial service in his honor.

The effort to bring the Pattersons’ remains to Israel took three years and involved obtaining the approval of the Pattersons’ grandson Alan as well as the permission of a U.S. court.

Prime Minister Benjamin Netanyahu said in a statement that his late brother, Yonatan, was named for Patterson, who was his godfather. Patterson, an Irish-born British soldier, attended Yonatan Netanyahu’s circumcision and gave him a silver cup engraved with the words “To my beloved godson Yonatan from Lt.-Col. John Henry Patterson.”

“Lt.-Col. Patterson was one of the founders of the Jewish Legion, the first Jewish military force since the Bar Kochba Revolt and the basis upon which the IDF was established. My parents always spoke warmly of Lt.-Col. Patterson, who worked alongside my father in the 1940s in the U.S. to promote the Zionist idea,” Netanyahu said in a statement.

“As Prime Minister of Israel, I deem it to be a privilege to realize Lt.-Col. Patterson’s wish to rest in the Land of Israel alongside the soldiers of the Jewish Legion whom he commanded. His return to Israel does historic justice to the man about whom Zeev Jabotinsky wrote ‘Never in Jewish history has there been in our midst a Christian friend of his understanding and devotion.’”