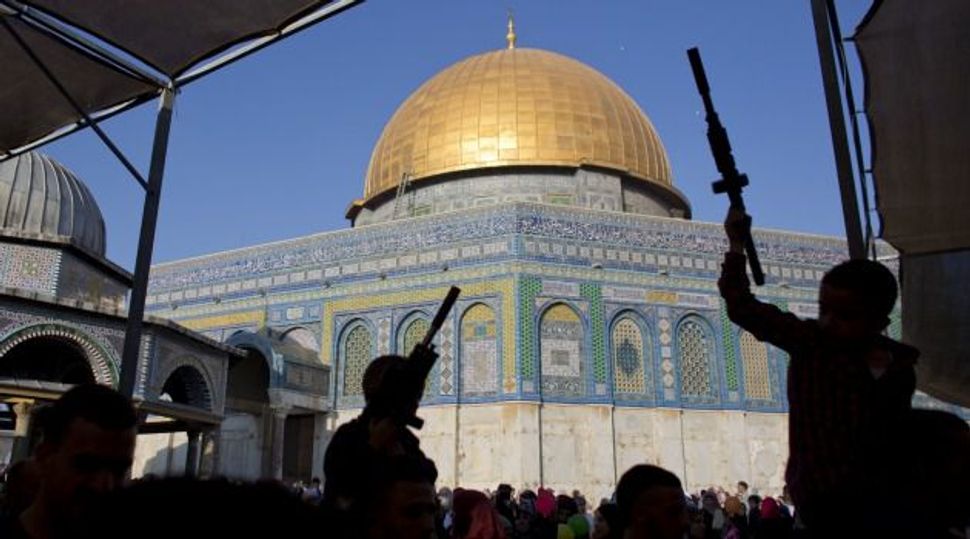 Ban visited met Monday in Ramallah in the West Bank with Palestinian Authority Prime Minister Rami Hamdallah. The meeting came a day after the Gaza rebuilding conference in Cairo, where Ban announced that he also would visit Gaza on Tuesday “to listen directly to the people of Gaza, survey the situation for myself,” he said in a statement issued by the U.N.

“While rebuilding is important, we must tackle the root causes of instability. We must give renewed attention to the West Bank,” Ban said Monday in Ramallah. “I once again strongly condemn the continued settlement activity by Israel,” he said.

He called on Israel and the Palestinians to “show courage” and continue engaging in the peace process.

“I am also deeply concerned by repeated provocations at the holy sites in Jerusalem. These only inflame tensions and must stop,” Ban said. Earlier in the day Israeli Police quelled Arab rioters at the Al-Aksa Mosque on the Temple Mount and allowed Jewish visitors on the site for the first time in several days.

Ban was scheduled to meet later on Monday in Jerusalem with Israeli Prime Minister Benjamin Netanyahu and separately with Israeli President Reuven Rivlin.