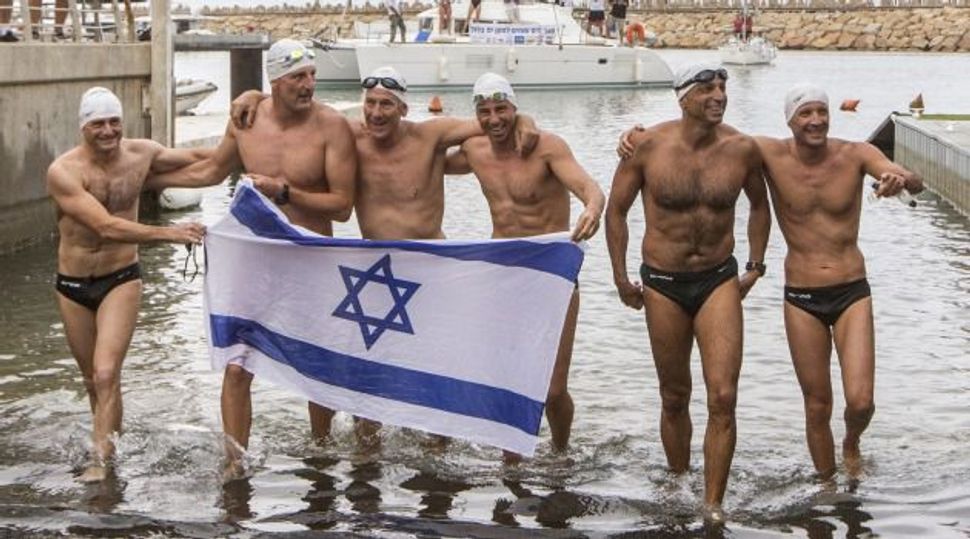 The swimmers completed their 236-mile trek on Saturday, crossing the eastern Mediterranean from Cyprus to Israel in 123 hours, 10 minutes, according to the website of the World Open Water Swimming Association. The previous record was 228 miles set by a team of U.S. swimmers.

Ranging in age from 44 to 66, the Israelis swam in relay for an hour each four times daily, daytime and nighttime.

The Guinness Book of World Records documented the swim, which was undertaken to highlight pollution of the ocean. The swimmers said plastic bags in the water hindered their effort.

The success follows a failed attempt last year due to rough water.