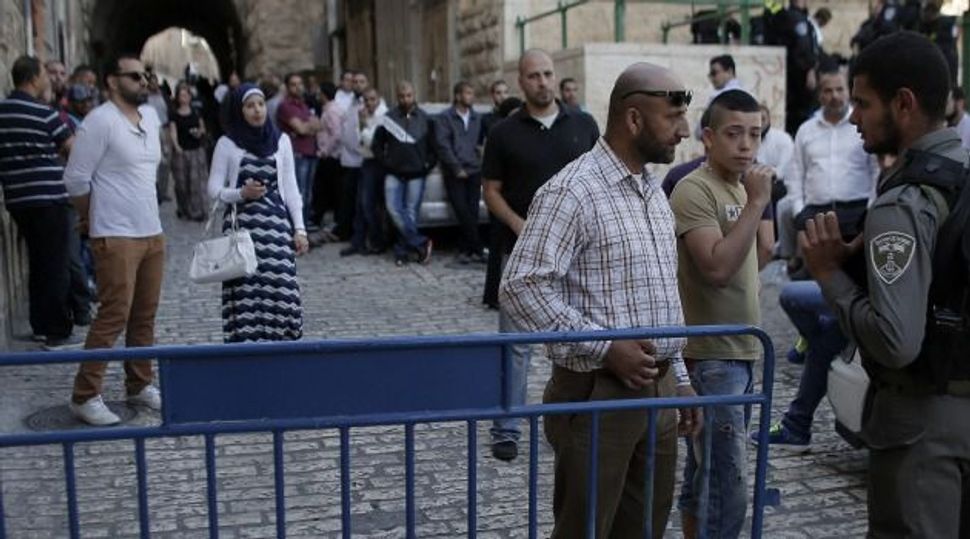 Israeli police clashed with Palestinian protesters and shut down access to Jerusalem’s al-Aqsa mosque compound on Monday in a deepening dispute over access to the area, the third holiest shrine in Islam which is also revered by Jews.

The site in Jerusalem’s walled Old City has seen a marked increase in unrest in recent days as Orthodox Jews have pushed for easier access to visit the area, which they revere as the site of two destroyed biblical temples.

Tensions frequently rise at this time of year, during the Jewish holiday of Sukkot, when in ancient times there would be a pilgrimage to the temple. While small groups of Jewish visitors are allowed, they are not permitted to pray.

“It was a police initiative to prevent disturbances,” Rosenfeld said, adding that four Palestinians had been arrested and that rocks, stones and petrol bombs were found at the scene.

“We couldn’t breathe from the tear gas inside,” he told Reuters. “There were 14 injuries from rubber bullets, and anybody who was inside was wounded by gas inhalation.”

He said sound bombs detonated inside the mosque had destroyed several ancient chandeliers.

Reuters TV footage recorded several loud blasts and showed police in riot gear pushing Palestinians away from the area around the mosque. Rosenfeld said protesters inside had bombarded Israeli forces with stones and projectiles.

Palestinians have grown aggrieved by the increasing number of visits to the site by Orthodox Jews, a program that is actively supported by Moshe Feiglin, an outspoken member of Prime Minister Benjamin Netanyahu’s Likud party.

Those that visit are escorted by Israeli police. If any of them pray, they are supposed to be expelled from the area.

The entire compound – which Muslims refer to as the Noble Sanctuary and Jews call the Temple Mount – has been managed by Islamic authorities since the 12th century and Israel has long been careful not to attempt to alter the status quo.

However, that has not calmed Palestinian concerns that the increasing number of visits by non-Muslims to the site will slowly lead to changes in however the complex is administered.

Netanyahu denied on Monday that there were any moves afoot to restrict Muslims’ access to the compound and blamed “Palestinian extremists” for the violence.

“I am committed and Israel is committed to maintaining the status quo exactly as it has been for many decades,” he said.

A visit to al-Aqsa in 2000 by then-Israeli right-wing opposition leader Ariel Sharon was seen as serious provocation by Palestinians and a contributing factor to the five-year uprising or Intifada that followed the collapse of peace talks.