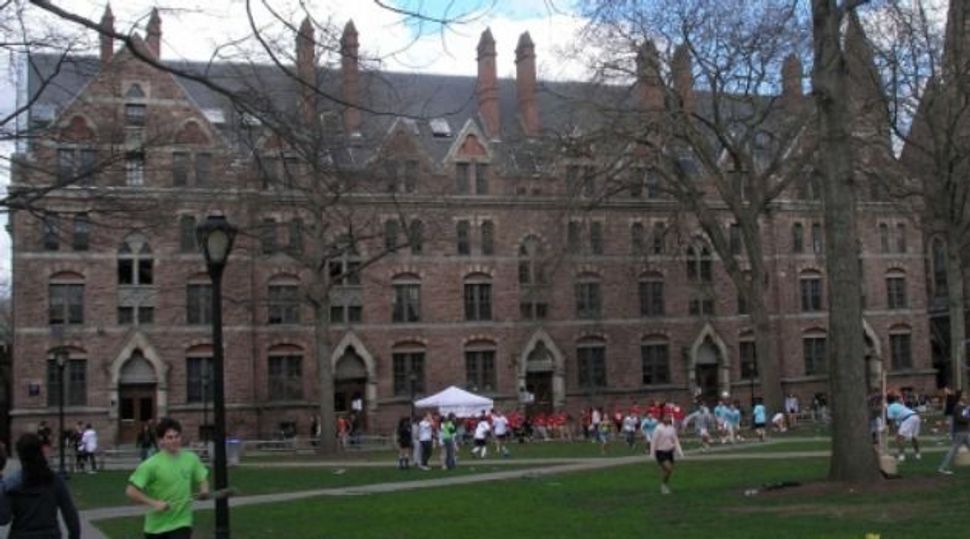 The university immediately responded after the anti-Semitic vandalism was uncovered outside Dufree Hall in the Ivy League school’s Old Campus on Sunday, Truth Revolt reports.

By Monday the college’s dean, Jonathan Holloway, sent a university-wide email informing students, faculty, and alumni of the incident.

On behalf of the university, Holloway wrote “I condemn this shameful defacement, perpetrated anonymously under cover of night,” Holloway wrote. “There is no room for hate in this house.”

There was a university effort to remove the swastikas, which were drawn in chalk, from the sidewalk, but, Holloway wrote, their faint impression remains. Late last night, three students got down on their hands and knees- with dish soap and lysol wipes, The Yale Daily News added- and scrubbed the remaining etches of the symbol.

The perpetrator or perpetrators are still unknown, although this incident may be tied to the swastikas found on white boards in the university’s Vanderbilt Hall earlier this semester.

This incident of anti semitic vandalism follows the rise in anti semitic acts on college campuses, like Emory University and Eastern Michigan University.