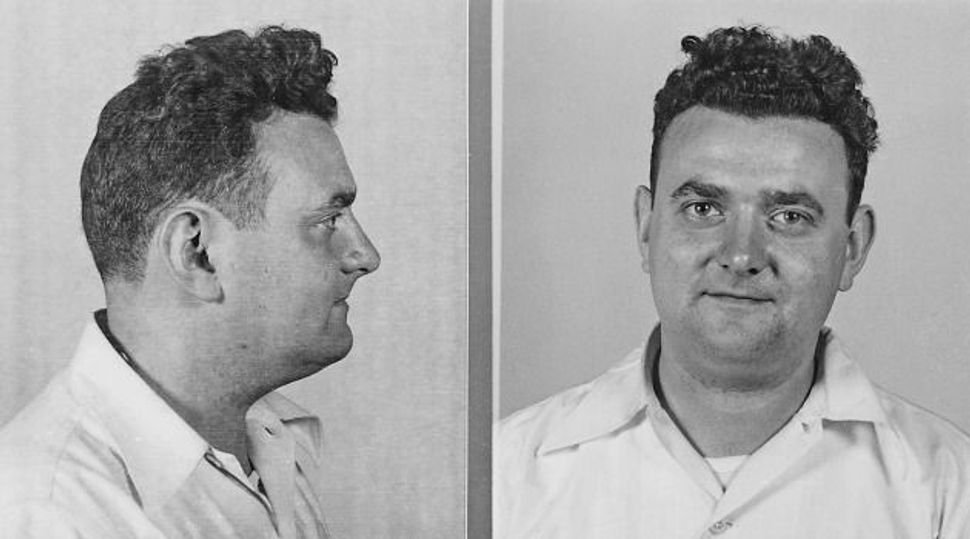 The controversial lead witness against Julius and Ethel Rosenberg died in July at 92.

The death of David Greenglass, who was Ethel Rosenberg’s brother, was not immediately reported because he changed his name and his family did not publicize his passing.

Greenglass provided testimony that led to the conviction and 1953 execution of the Jewish couple for sharing atomic secrets with the Soviet Union.

An Army sergeant, he helped the Rosenbergs obtain nuclear intelligence and was imprisoned for nearly a decade, then changed his name, The New York Times reported.

Tracked down decades later by a journalist, Greenglass said he had lied on the witness stand to save his wife from prosecution, according to the Times.

Greenglass grew up on Manhattan’s Lower East Side and was an outspoken communist when he began his World War II Army service. In 1944 he was dispatched to Los Alamos, N.M., where he was assigned to a team supporting the work of those developing the atomic bomb, passing along classified information to Julius Rosenberg.