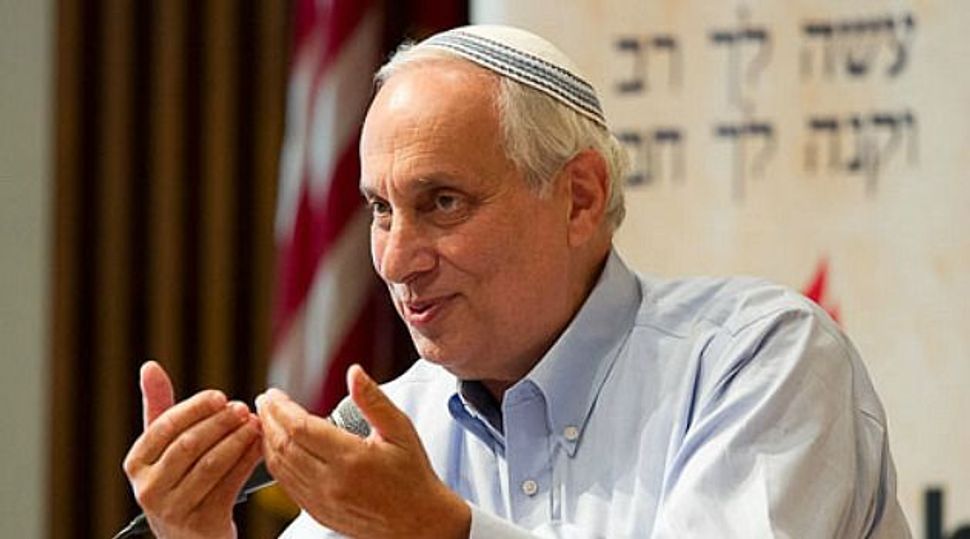 Rabbi Avi Weiss, a religiously progressive voice within Orthodoxy who has spearheaded the push to give women a greater role in the faith, announced he is stepping down on Thursday.

Speaking from the pulpit of his Hebrew Institute of Riverdale, Weiss told the packed congregation of his plans to end his tenure as rabbi. Many had come expecting a major announcement since a synagogue newsletter suggested he would discuss “transitions” at the sermon marking the transition from Sukkot to Simchat Torah.

“There is natural sadness that I feel as I step back, but it is overwhelmed by feelings of hoda’ah lakel, of gratitude to God, and of simchah — joy,” Weiss said. “As we embark on this necessary and critical transition phase, let’s do so with joy that as wonderful as it has been, the best is yet to come.”

Weiss said he would step down effective next July and told congregants he is in good health.

He insisted he is not retiring, noting that he will still serve as rabbi-in-residence at the ‘Bayit,’ as he affectionately calls the synagogue. He also vowed to continue speaking and mentoring rabbinic students.

“For years, I have considered myself the most blessed rabbi in America. I am the most blessed because of you,” he said. “There is no congregation like here at the Bayit. Whatever we have been able to achieve — is yours.”

Treasury Secretary Jack Lew was in the audience along with Rabbi Asher Lopatin, president of Yeshivat Chovevei Torah,” which Weiss founded.

After the announcement, Weiss called his wife, Toby, up to the bimah, to applause from the congregation.

“It’s been over 40 years since Toby and I came to Riverdale with our family,” he said. “It’s been a great ride.”

Weiss, 70, has led the push to ordain women as so-called maharats, which perform many of the duties of rabbis in some Orthodox synagogues. He founded Yeshivat Maharat, which has graduated two classes of female clerics so far.

Although other branches of Judaism ordain women rabbis, Weiss’s push is controversial within Orthodoxy, with many groups rejecting women as synagogue leaders under any name.