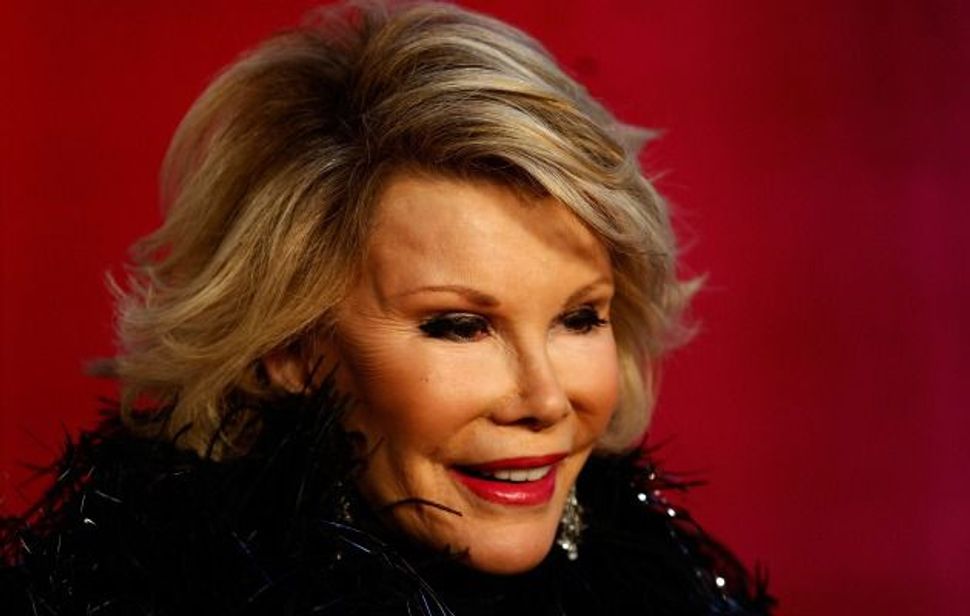 Comedian Joan Rivers, who passed away last month at the age of 81, died of a complication during a medical procedure, the New York Chief Medical Examiner’s Office said on Thursday.

Rivers was having an examination of the back of the throat and vocal cords at a New York clinic when she stopped breathing and was rushed to Mount Sinai Hospital, where she was put on life support.

“The manner of death is therapeutic complication,” the medical examiner said in a statement, “the death resulted from a predictable complication of medical therapy.”

It listed the cause of death as anoxic encephalopathy, a condition caused when brain tissue is deprived of oxygen and there is brain damage.

Rivers, the brash, pioneering comedian who paved the way for women in stand-up comedy, died in hospital on Sept. 4, a week after the outpatient procedure.

“We continue to be saddened by our tragic loss and grateful for the enormous outpouring of love and support from around the world,” the comedian’s daughter, Melissa Rivers, said in a statement after the release of the autopsy report.

She had no further comment to make at this time.

Following her death, the State Health Department launched an investigation into Yorkville Endoscopy where Rivers was treated. It reviewed records and documents and questioned doctors at the clinic which opened in 2013.

The clinic denied media reports that it had administered a general anesthesia or conducted a vocal cord biopsy on Rivers. Last month the clinic said the doctor who performed the procedure was not currently working there or serving as its medical director.

The clinic and its spokeswoman did not immediately respond to requests for comment.

The Brooklyn-born comedian, who once described herself as “the plastic surgery poster girl” and often joked about her numerous cosmetic enhancements, was known for the catchphrase, “Can we talk?”

Her career as a stand-up comedian, author, talk show host and reality TV star spanned five decades. She starred with her daughter in the reality TV show “Joan & Melissa: Joan Knows Best?”, with Rivers living with her grown child.

Most recently, Rivers was the host of cable television channel E!’s “Fashion Police,” commenting on the unfortunate red carpet choices of Hollywood celebrities.