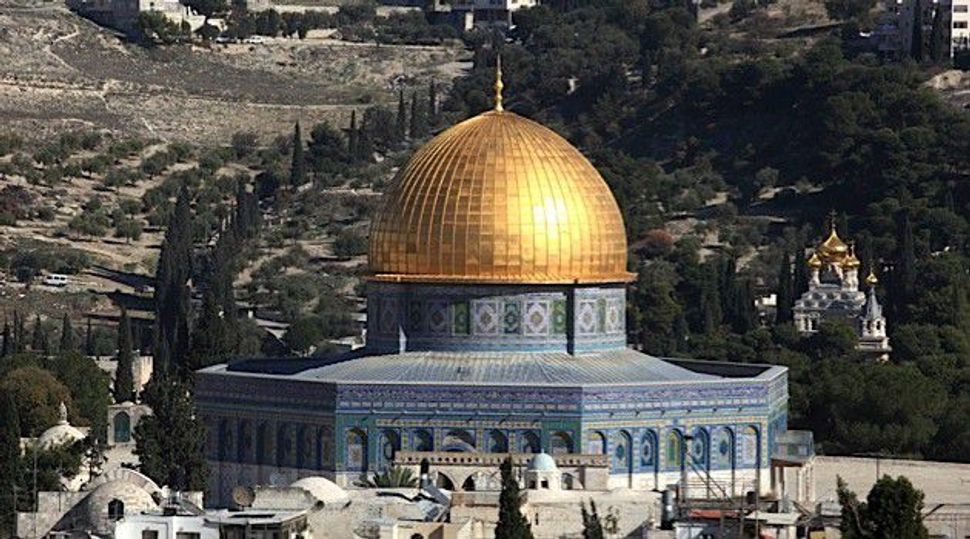 Graffiti equating the Star of David with a swastika was found painted on the Temple Mount.

The graffiti in blue paint was found in at least three places on the Temple Mount on Sunday, according to reports.

Israel Police have opened an investigation into the incident.

The graffiti was painted less than two days after Palestinian Authority President Mahmoud Abbas said in a speech in Ramallah that Jews should be prevented from entering the Temple Mount and that Palestinians should protect the site, home to the Al-Aksa Mosque.

“It is our sacred place, al-Aksa is ours, this Noble Sanctuary is ours. They have no right to go there and desecrate it,” Abbas said Friday.

On Saturday, Abbas called Jewish visitors to the Temple Mount “a herd of cattle.” He also said that he would take legal action to prevent Jews from ascending to the site that is holy to both Jews and Muslims.

“The Palestinian leadership will be taking the necessary legal measures, at the international level, regarding the aggression of settlers on the Al-Aksa mosque,” Abbas reportedly told the Revolutionary Council of his Fatah party on Saturday, according to the Palestinian Maan news agency.

The Temple Mount has been the site of tension over the recent Jewish holiday period, as well as conflicts between Palestinians and the Israel Police.