British Lawmaker Will Not Be Prosecuted For Declaring ‘Israel-Free Zone’ 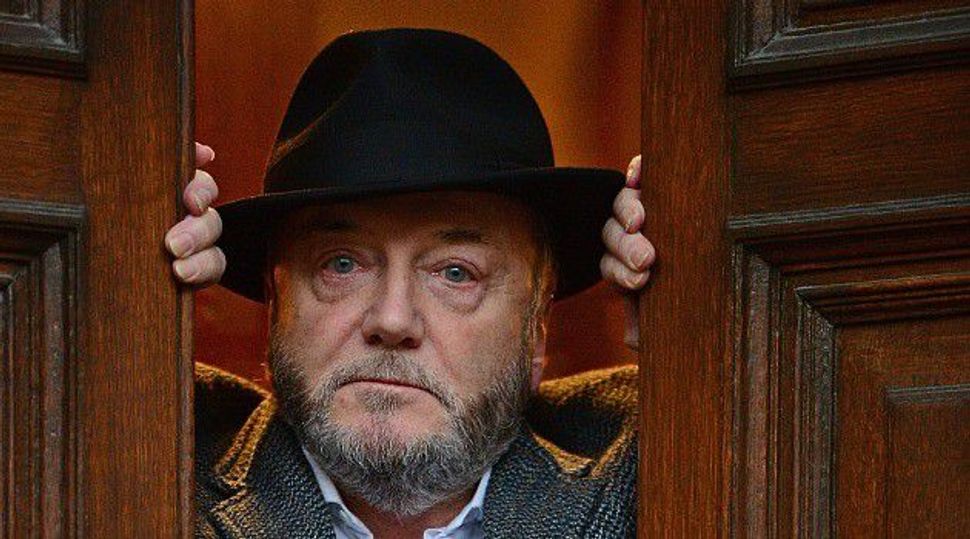 British lawmaker George Galloway will not be prosecuted for calling for his constituency to be “declared an Israel-free zone.

The Crown Prosecution Service said last week that there was not enough evidence to file any charges against Galloway, despite numerous complaints made to the West Yorkshire Police that he was inciting racial hatred.

Police categorized it as a “hate incident,” according to reports.

“This has been an extremely expensive waste of police and CPS time forced on them by ultra-Zionists who were pursuing a vendetta against me,” Galloway said following the announcement that he would not be prosecuted. “My comments were aimed at the state of Israel — which I repeat what I said at the time is an illegal, savage and barbarous state — and had nothing whatever to do with race or religion.”

He added, “I take back not a word and I will continue to forcefully condemn Israel. It remains the case that there is a worldwide boycott of Israel, its goods, its services, its academics.”

Galloway, of the Socialist Respect party, called on his constituency to “truly make Bradford an Israel-free zone.”

In August, speaking in his northern England district, he said, reportedly in reaction to the Israel-Gaza conflict, “We don’t even want any Israeli tourists to come to Bradford even if any of them had thought of doing so. We reject this illegal, barbarous, savage state that calls itself Israel — and you have to do the same.” Galloway said that Israeli goods, services and academics were likewise unwelcome.

He skipped the vote in Britain’s House of Commons earlier this month recognizing a state of Palestine because it also accepted the existence of the state of Israel.

British Lawmaker Will Not Be Prosecuted For Declaring ‘Israel-Free Zone’