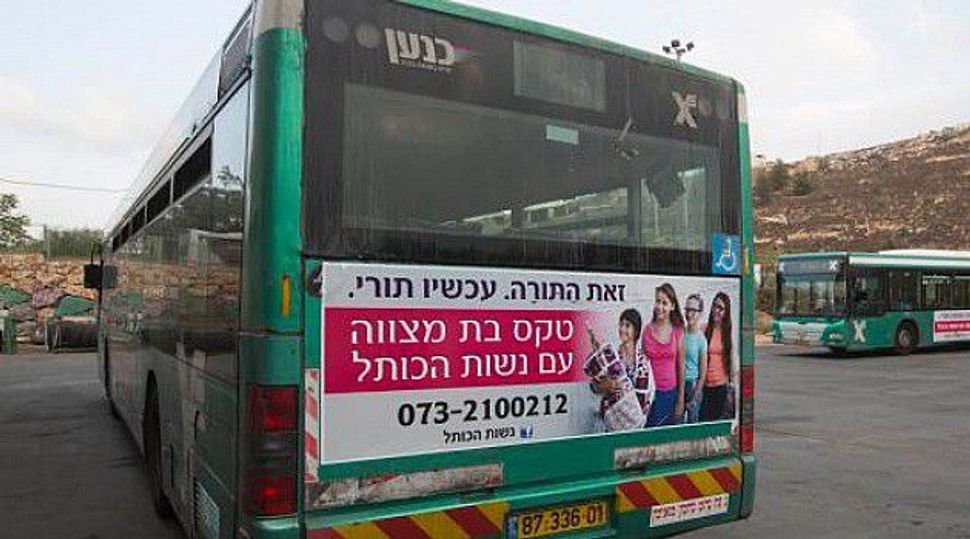 The buses had their tires slashed and ads defaced with spray paint in the haredi Orthodox neighborhood of Mea Shearim. Haredi men were responsible for the vandalism, according to reports.

The bus advertisements, launched last week by the Women of the Wall group, feature Israeli girls aged 11 to 14 wearing a prayer shawl and holding a Torah scroll in front of the Western Wall. The ad reads in Hebrew: “Mom, I too want a bat mitzvah at the Kotel.”

Some 50 percent of the Women of the Wall bus advertising has been vandalized since the campaign began a week ago, according to the Cnaan marketing company.

“It is sad to yet again see the ultra-Orthodox citizens take the law into their own hands and use Judaism as an excuse for the use of force, threat and violence against women,” Women of the Wall director Lesley Sachs said in a statement. “We call on ultra-Orthodox leadership to strongly denounce this act of violence and all others.”