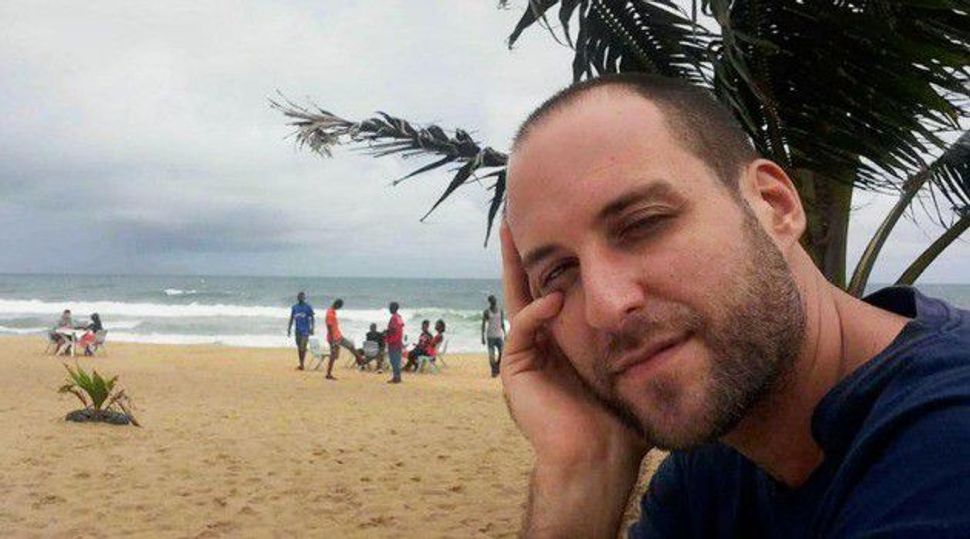 The NBC photographer with a biological Jewish father who was diagnosed with Ebola is free of the virus.

Ashoka Mukpo is expected to leave the Nebraska Medical Center in Omaha on Wednesday, Reuters reported. He arrived there from Liberia on Oct. 6.

Mukpo was the first U.S. journalist known to have contracted Ebola. He is the fifth Ebola patient treated in the United States to fully recover, according to Reuters.

Mukpo was raised in Colorado by the late Tibetan Buddhist leader Chogyam Trungpa Rinpoche; his mother was one of his several wives. His biological father, Mitchell Levy, one of Trungpa’s followers, is Jewish, The Associated Press reported. Mukpo’s mother and Levy married after Trungpa’s death.

Levy told the AP that his son was filming inside and around clinics and high-risk areas in Liberia but didn’t know how he became infected. Mukpo returned to the west African nation in August to cover the epidemic.

“I don’t regret going to Liberia to cover the crisis. That country was a second home to me and I had to help raise the alarm,” he said in a statement.

As an infant, Mukpo was identified as a reincarnated Tibetan lama, a role he did not embrace though he is still a practicing Buddhist.