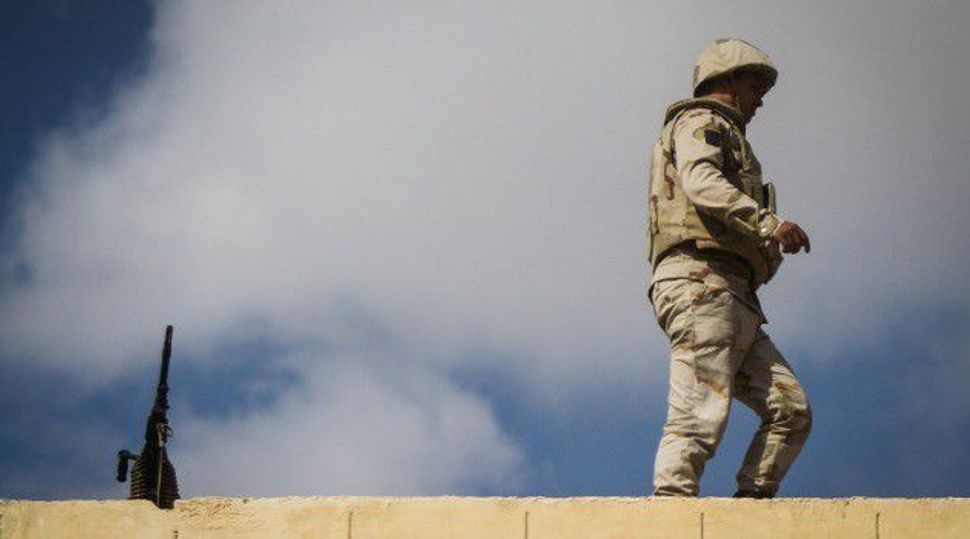 At least three attackers in Egypt’s Sinai peninsula, probably drugs smugglers, were killed after they opened fire on Israeli soldiers across the border on Wednesday and wounded two, the Israeli military said.

The attackers fired guns and an anti-tank missile at the Israelis and two soldiers were wounded by fire directed at them from Egypt, the army said in a statement.

“(An) inquiry suggests the cross-border attack on a patrol was a violent drugs smuggling attempt,” it said. “The perpetrators opened fire from three locations including from a car driving along the border… (Soldiers) responded and killed at least three of the attackers.”

Egyptian security sources said Egyptian forces later clashed with several gunmen who had likely attacked the Israeli border patrol. No casualties were reported in the confrontation and there was no immediate comment from the Egyptian military.

Security concerns and an influx of tens of thousands of African migrants prompted Israel to erect the fence, a 250 km (160 mile) long barrier that runs from the Red Sea port of Eilat to the Palestinian Gaza Strip on the Mediterranean.

The fence was completed in 2012. Earlier that year, attacks by Islamist militants operating from Sinai killed an Israeli soldier and a civilian who was working on it.

Islamist militants are active in the peninsula, which borders southern Israel, though assaults across the fenced frontier are rare.

Egypt, which signed a peace treaty with Israel in 1979, has been trying to curtail Islamist militant operations in Sinai. Wednesday’s attack occurred about half-way between Eilat and the Gaza Strip, the army said.