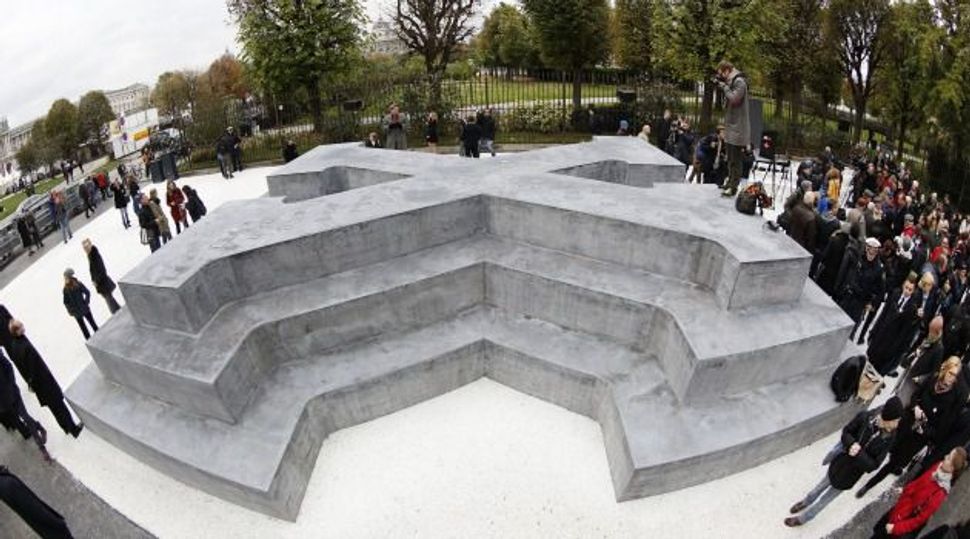 Austria inaugurated a monument on Friday to thousands of its nationals who deserted Hitler’s army during World War Two, marking a new step in efforts to acknowledge the nation’s wartime past.

Germany annexed Austria in 1938, making it part of Hitler’s Third Reich that wrought destruction across the continent and slaughtered millions of Jews in the Holocaust.

The Nazi military justice system executed thousands of deserters and opponents of the war effort.

Austria’s parliament voted in 2009 – over the objections of far-right parties – to clear the reputations of those who met disdain and abuse for refusing to follow the Nazi line.

“If they were the good ones in Hitler’s army, then we deserters were of course the evil ones, the bad ones that you could take action against,” said activist Richard Wadani, 92, one of those who deserted.

Austrian President Heinz Fischer said it was outrageous for people to have been treated this way in a democratic post-war Austria. “This is something for which one has to apologize and be ashamed,” he said.

Austria – which has been struggling to escape a reputation for glossing over its wartime history – for decades maintained that it was Hitler’s first victim, overlooking the enthusiastic welcome he got from many Austrians.

The monument, designed by German artist Olaf Nicolai, depicts a three-level form in the shape of an X, meant to symbolize the plight of the individual pitted against society’s power. It stands in the Ballhausplatz in central Vienna, near the presidency and chancellery.

Seen from above, an inscription carved into the monument spells out “all alone.”

Despite criticism from some veterans that not all deserters deserve to be honored, other monuments to soldiers who laid down their arms and fled have already been erected in Austria and Germany.