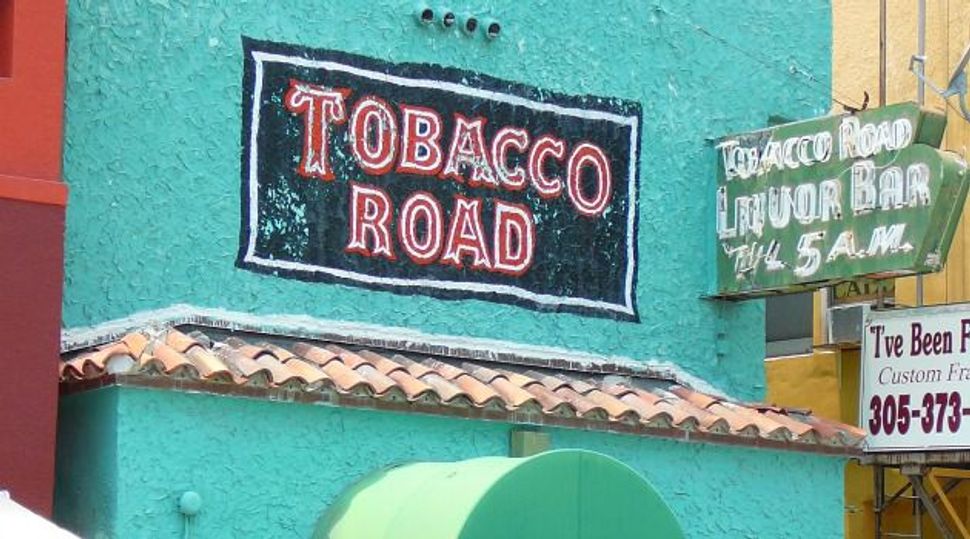 The cramped, musty space near Miami’s downtown thrived for decades as a gambling den frequented by Al Capone, as well as a strip club and legendary blues bar.

But the iconic bar will pour its final drink on Saturday, marking the end of an era in gentrified Miami where traffic-clogged roads are increasingly shaded by new office towers and high-rise condominiums.

“It’s a shame,” said Steven Simmons, 45, the owner of a downtown Miami store who’s been a regular for 22 years. “The city is losing its identity.”

No one, not even its owners, knows precisely when the bar was built. “When we lifted up the floors we saw the foundation was trees with bark still on them,” said Patrick Gleber, 55, who purchased the bar with partners for $200,000 in 1982.

Sometime in the 1920s it obtained what is thought to be the area’s oldest liquor license, said Paul George, a historian and professor at Miami Dade College.

During World War Two it became a gay bar and was shut down by the Navy for “lewd and lascivious behavior,” George said. It reopened in 1948 and until the 1970s was named Chanticleer after a character in Geoffrey Chaucer’s “The Canterbury Tales.”

Gleber and his partners named it Tobacco Road after a popular 1960 song. Months earlier it had been raided by police on suspicion of being a drug den and was named one of Miami’s 10 worst bars.

“One night there was a guy crawling on the sidewalk out front with a butcher knife in his back,” Gleber said.

The new owners won customers by serving juicy burgers and spicy chicken wings that even in its final days attracted lunchtime and happy hour crowds.

A velvet-walled, dimly lit upstairs room became one of the city’s most talked about music venues after they brought in the popular Fat Chance Blues Band.

“What made Tobacco Road great was its casualness, the people from all walks of life who let their hair down, relax, and drank side by side,” said Mark Weiser, Tobacco Road’s longtime talent coordinator.

The beginning of the end came in 2012, when Colombian auto executive Carlos Mattos purchased the bar and a group of adjoining businesses for $12.5 million, according to Miami-Dade County property records.

The bar sits near Brickell City Center, a billion-dollar mixed-use complex being developed by Hong Kong-based Swire Properties. Mattos gave the bar and nearby tenants a three-year lease to wind down their businesses.

While Gleber and his partners have already cashed out, including licensing the name to Norwegian Cruise Line for a kitschy reproduction at sea, manager Joel Riviera and bar staff have launched a crowdfunding campaign seeking $50,000 in hopes of moving the bar down the street.