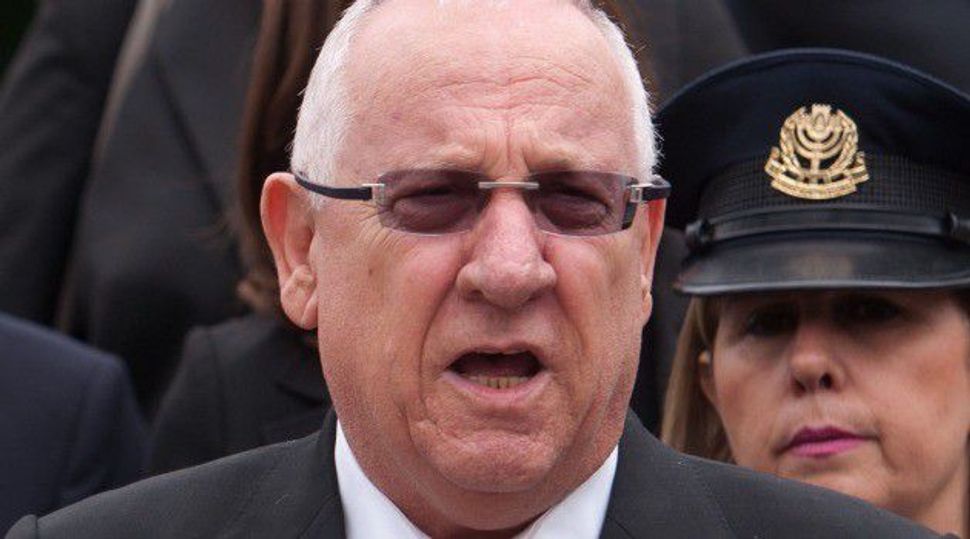 Rivlin on Sunday became the first sitting Israeli president to participate in the annual ceremony.

“We must look straight at what happened in the Kfar Kassem massacre and teach all the future generations about it,” Rivlin said during the ceremony. “A serious crime was committed here and needs to be repaired.”

Rivlin acknowledged that the Arab sector in Israel “has suffered from years of discrimination,” and that “many Arabs in Israel are faced with racism from Jews.”

At the same time, he called on the Arab-Israeli community “to act responsibly and denounce violence and terrorism.”

Rivlin asserted that: “The Arab population will always be part of the flesh and blood of the state of Israel.”

He promised that no one would be “pushed out” of the country, but at the same time stated that the “Arab public needs to acknowledge the fact that Israel is the homeland of the Jewish people.”

Israeli President Shimon Peres in 2007 apologized for the massacre during a visit to the village for the Muslim festival of Eid al-Adha in December.

The massacre occurred on Oct. 29, 1956 on the first day of the war in the Sinai. A curfew had been imposed on the village but the town’s residents were not aware of the curfew. They were shot and killed by Israeli troops as they returned home from work.

Eight of the soldiers were found guilty and sentenced to prison terms.