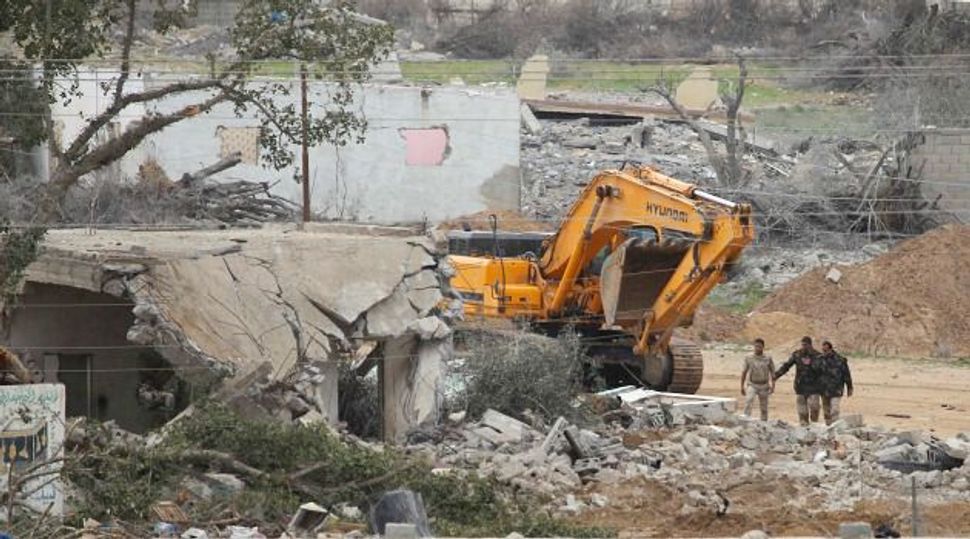 (Reuters) – Egypt announced on Sunday it was postponing talks in Cairo on cementing the Gaza war ceasefire after closing its border with the Palestinian enclave in response to deadly attacks in the Sinai peninsula.

Citing “the state of emergency in the border area between Egypt and Gaza” and the closure on Friday of the Rafah crossing, a senior Egyptian diplomat said indirect talks between Israel and Palestinian factions would not resume in the coming week.

No new date for the negotiations was announced.

The talks, focussed on preserving the Aug. 26 truce that ended the five-week Gaza war and on opening the borders of the Egyptian and Israeli-blockaded territory, adjourned in late September for Jewish and Muslim holidays.

The ceasefire has been holding. An easing of frontier restrictions is crucial for reconstructing tens of thousands of homes in the Gaza Strip that were damaged or destroyed in the fighting between Israeli forces and Palestinian militants.

Israel wants security arrangements that will ensure such material is not used by Hamas to rebuild cross-border tunnels or to manufacture rockets, whose firing at southern Israel triggered the Israeli offensive.

No group has claimed responsibility for Friday’s attacks in Sinai. Similar operations have been claimed by Ansar Bayt al-Maqdis, Egypt’s most active Sinai-based jihadi group.

Egypt has accused Hamas in the past of aiding Islamist armed groups in Sinai – an allegation denied by the Gaza movement, an offshoot of the Muslim Brotherhood.

“We are against the shedding of a drop of Egyptian blood. We wish Egypt security and stability,” said Fawzi Barhoum, a Hamas spokesman in Gaza.

He said Egypt had informed the group that negotiations would not be held as planned on Monday. An Israeli official said Israel had yet to receive word from Cairo on a postponement.

Egypt has declared a three-month full alert in the North Sinai bordering the Gaza Strip and said a curfew would be imposed in areas where the army is waging a security crackdown against elements suspected of killing hundreds of Egyptian soldiers and policemen in the past year.