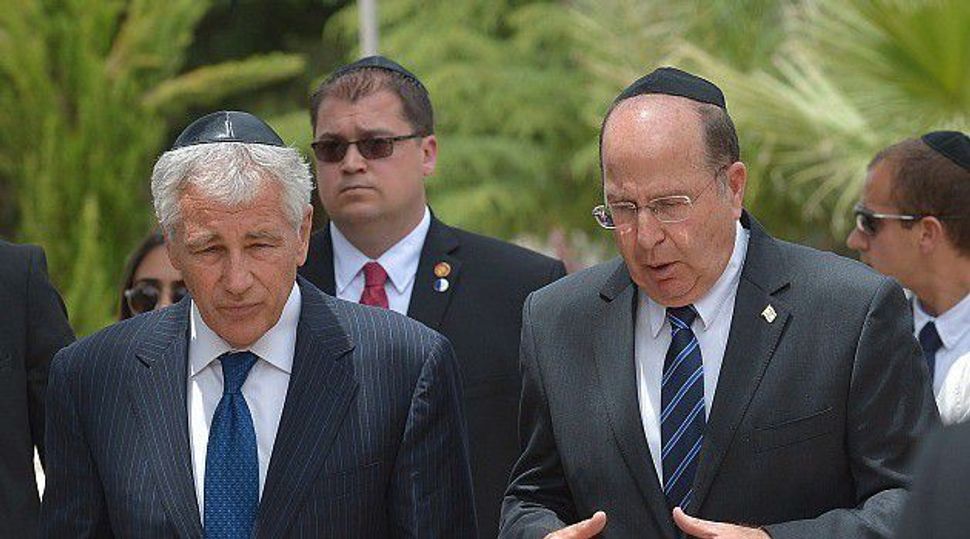 While in Washington last week Yaalon requested and was denied meetings with Vice President Joe Biden, Secretary of State John Kerry and National Security Advisor Susan Rice, according to Israeli media and international wire reports. He did meet with his U.S. counterpart Chuck Hagel, as well as the U.S. ambassador to the United Nations Samantha Power. The rejection was first reported in the Hebrew language daily Yediot Acharonot and its Ynetnews website.

The rejection of the meetings reportedly was revenge for comments reportedly made by Yaalon in January and published in Yediot Acharonot, which quoted Yaalon as telling colleagues behind closed doors that Kerry’s pursuit of an Israeli-Palestinian peace was “messianic and obsessive,” and that “all that can ‘save us’ is for John Kerry to win a Nobel Prize and leave us in peace.”

Israel’s Defense Ministry did not officially respond to reports that Yaalon was frozen out, though sources close to Yaalon said that “the aim of the trip was to meet with Hagel and the top security echelon in the U.S., and that happened.” Past Israeli defense ministers have meet with senior U.S. officials and not just their U.S. counterpart, the Associated Press reported.

In an interview published Saturday in the Washington Post, Yaalon asserted that the Obama administration has “overcome” his past criticism of Kerry and said calls for an Israeli withdrawal from Judea and Samaria, or the West Bank, was “irrational,” since Hamas would take over the territory.

Yaalon said a future Palestinian entity “is not going to be a regular state for many reasons,” and that while it will have autonomy, it “is going to be demilitarized.”

He acknowledged that U.S. and Israeli politicians have “disputes” among themselves and that “(w)ith all the disputes, the United States is Israel’s strategic ally.”

Israeli Finance Minister Yair Lapid in a speech Saturday night in Tel Aviv called the relationship with the United States “a crisis.”

“If we were not in this crisis I have no doubt that Israel would have been involved in the regional conference in Egypt and that carries with it great significance, it’s worth remembering that relations between Israel and Egypt are good,” Lapid added.