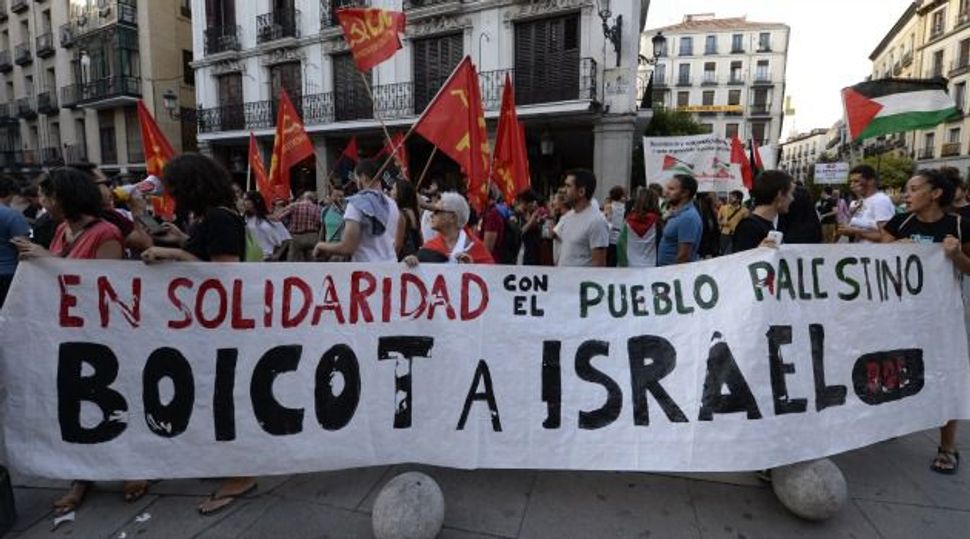 The Spanish Socialist Workers’ Party, the second largest party in Spanish congress with 110 seats out of 350, earlier this month had announced its intention to submit a draft motion calling for the recognition on Oct. 30, the 23rd anniversary of the Madrid talks which preceded the Oslo Accords between Israel and the Palestinian Authority.

The Jerusalem Post reported Sunday that 300 left-wing Israeli public figures signed a petition encouraging the Spanish congress to vote in favor of recognition for “Palestine,” including a former director of the Israeli Ministry of Foreign Affairs, Alon Liel, and numerous actors, as well as activists with the Peace Now left-wing movement.

The Spanish Socialist Workers’ Party announcement follows the passage of similar draft motions earlier this month in Britain’s lower house and in the Irish parliament’s upper house, as well as a statement by the new prime minister of Sweden in which he declared his country’s intention to recognize “Palestine” during his inaugural address in parliament.

The Spanish Socialists’ motion also comes after the Oct. 15 failure of a draft motion that calls on the Spanish government to work toward the suspension of the European Union’s 1995 association agreements with Israel and to halt all arms trade with Israel.

Filed by a regional left-wing group from Galicia in northwestern Spain, the failed Oct. 15 motion cited alleged human rights violation by Israel in Gaza. It also called for Spain to demand that Israel fund reconstruction of Spanish-funded infrastructure in Gaza that the Israel Defense Forces destroyed during its operation against Hamas this summer.

That motion was rejected by a large majority of lawmakers, including members of the Socialist Party and the ruling Popular Party, which has 185 seats in congress, Europa Press reported.

Commenting on the planned draft motion in favor of recognizing Palestinian statehood, Spanish Foreign Minister José Manuel García-Margallo on Thursday said that such a move “must be the result of negotiations between the parties,” the news agency reported.

However, Daniel Fernandez of ACOM, a Madrid-based pro-Israel lobby group, told JTA that some members of Garcia-Maergallo’s Popular Party may vote in favor of recognition in congress, making the result uncertain. His group is organizing a campaign that urges Israelis to support the ambitions of separatists in the Spanish region of Catalonia, he said.