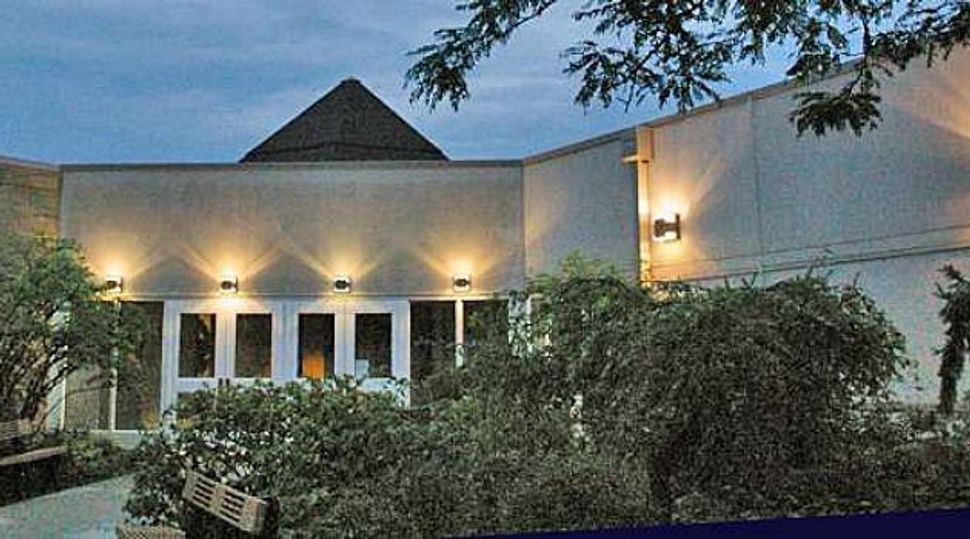 An Illinois man has been charged with a hate crime for allegedly vandalizing a synagogue.

John White, of Westmont, Ill., was charged Friday with a hate crime for allegedly vandalizing Congregation Etz Chaim, in Lombard, Ill., a suburb of Chicago.

White, 40, was arrested Oct. 21 and accused of smashing the synagogue’s windows and writing anti-Semitic graffiti on its walls, as well as driving recklessly on its property.

During a search of White’s house following his arrest, police found thousands of rounds of ammunition, a shotgun, a rifle and four handguns.

“The charges against Mr. White are extremely serious,” Berlin said. “Hate crimes have a devastating effect not only on the victims themselves, but on the entire community. DuPage County is built on the strengths of our communities, and an attack on a religious institution is considered an attack against the entire community. Any such attack based on hatred and prejudice will not be tolerated in DuPage County and will be met with the full force of the law.”