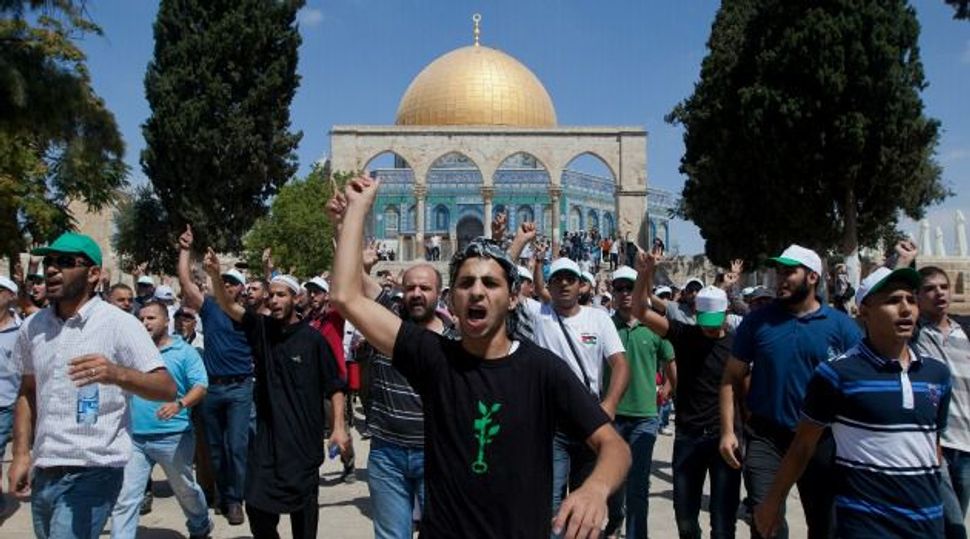 Israeli Prime Minister Benjamin Netanyahu said there are no plans to make changes in the status quo on the Temple Mount.

Netanyahu made the statement on Monday during a meeting to discuss the security situation in Jerusalem. His assurances came a day after Jordan warned that its peace treaty with Israel signed 20 years ago could be threatened by continued settlement construction and by any change in the status quo on the Temple Mount, including allowing Jews to pray there.

The meeting and the visit come amid tension in Jerusalem that has increased in recent days due to an attack by a Palestinian driver on a light rail station in Jerusalem and the killing by Israeli soldiers of a Palestinian teen with American citizenship accused of preparing to throw a firebomb into traffic.

Tension on the Temple Mount increased in recent months, coming to a head during the Jewish High Holidays when more Jewish pilgrims visit the site, which is holy to both Muslims and Jews.

Hamdallah visited the Temple Mount with the Palestinian Authority governor of Jerusalem, Adnan al-Husseini, and Palestinian security officials, according to reports. His visit was approved by Netanyahu and Defense Minister Moshe Yaalon.

During the security meeting, Netanyahu called for draft legislation levying severe punishment for rock throwing be advanced as quickly as possible. The legislation would call for detention and stiffer punishments for rock throwers, including criteria for the possible imposition of economic sanctions on the parents of minors who throw rocks.

Meanwhile, also Sunday, Palestinian Authority President Mahmoud Abbas sent a letter to the Obama administration calling on the U.S. government to “stop Israeli escalation in east Jerusalem, especially raids by settlers and extremists into the Aksa Mosque,” according to a statement released by his office in Ramallah, Israeli media reported.

Abbas threatened that the “dangerous escalation” would lead to “a wider explosion.”