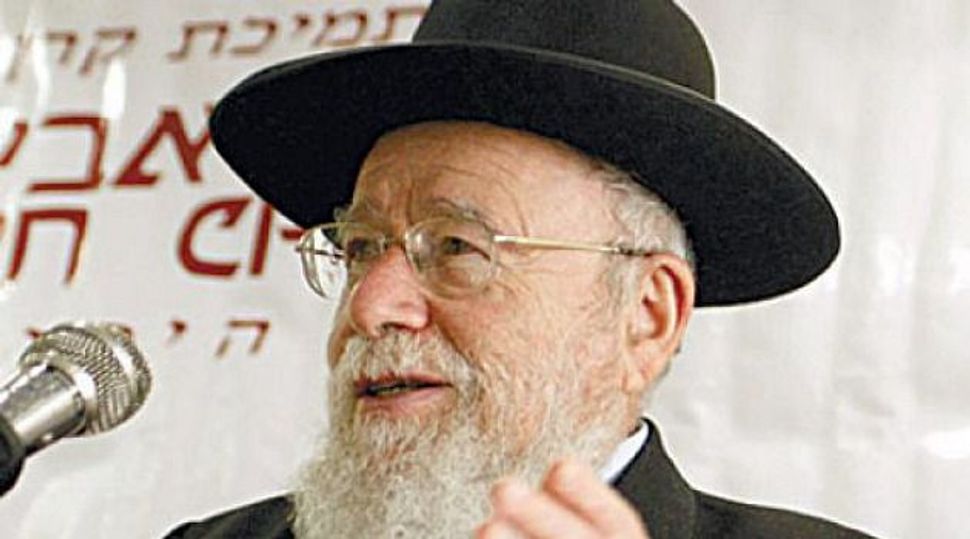 Rabbi Dov Lior, the chief rabbi of the Kiryat Arba settlement, is leaving his position in order to move to east Jerusalem.

Lior decided just before Rosh Hashanah to step down from the position he has held for 38 years in order to move to the flashpoint Beit Orot neighborhood in eastern Jerusalem, located on the Mount of Olives, the Hebrew language Kipa website reported Sunday.

The rabbi was questioned over his support of the scholarly book “The King’s Torah,” which reportedly discusses situations in which it is permissible for Jews to kill non-Jews.

He is also known for saying that Jews should not rent homes to Arabs in Israel and for a proposal calling on Israeli soldiers to refuse orders to remove Jews from West Bank settlements.