After Freundel Scandal, Converts in Waiting Complain of Unexpected Obstacles 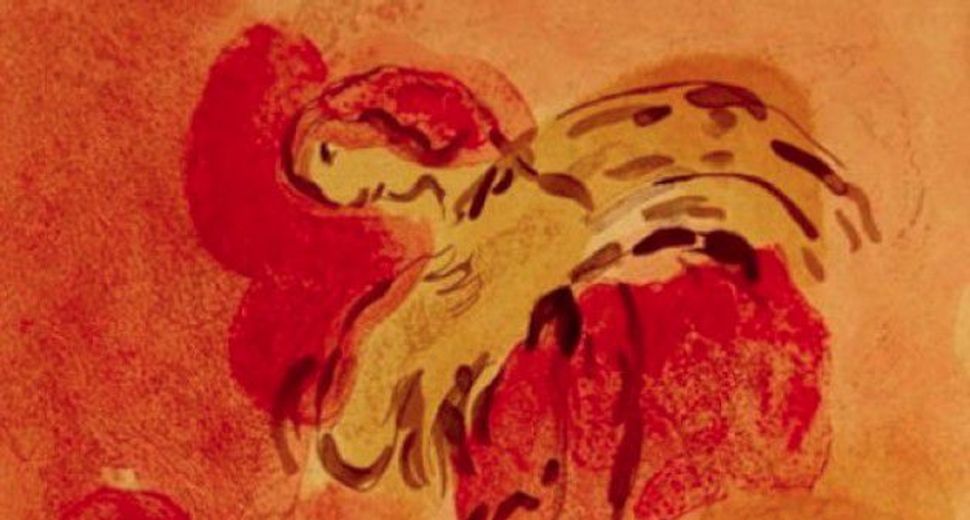 (JTA) — Tzipporah Laura LaFianza and her family have been living as Orthodox Jews for four years now. They reside in a heavily Jewish suburb of Washington, go to shul every Shabbat and keep a strictly kosher kitchen.

But they’re not Jewish — yet.

A prospective Orthodox convert, LaFianza, 34, is still waiting for the all-clear from the local rabbinical court affiliated with the Rabbinical Council of America so she and her family can immerse in the mikvah, or Jewish ritual bath, and formally become Jews.

LaFianza has been working toward conversion under the auspices of Rabbi Barry Freundel, the Washington clergyman arrested two weeks ago for allegedly installing a secret camera in the mikvah adjacent to his Orthodox synagogue, Kesher Israel Congregation.

As the RCA continues to deal with the fallout from Freundel’s arrest for voyeurism, many converts and prospective converts say more must be done to address the systemic problems that make Orthodox conversion difficult. In particular, they cite a lack of clarity and consistency about the prerequisites and the timetable for conversion.

For her part, LaFianza says she has encountered unexpected obstacles at every stage of her drawn-out conversion process. She had to relocate to an Orthodox neighborhood. She was told she must send her children to Jewish day school (something she says she cannot afford). She had to search for a new sponsoring rabbi after her original choice told her he didn’t have the time.

“It’s always hard to get a real answer out of anyone,” LaFianza, who grew up a secular Christian, told JTA. “You have to figure it out as you go. We’ve been delayed, delayed, delayed.”

Now she faces yet another obstacle: the Washington rabbinical court, or beit din, has been suspended following Freundel’s arrest. LaFianza doesn’t know where to turn.

The RCA, which in 2007 began to formally accredit Orthodox conversions through a centralized system with regional rabbinical courts that work in tandem with converts’ sponsoring rabbis, says it is putting together a commission to review its entire conversion system. It’s also appointing women to serve as ombudsmen for every rabbinical conversion court in the country to “receive any concerns of female candidates to conversion.”

But it’s not clear whether those steps will address the most common problems encountered by conversion candidates. Every conversion proceeds at a different pace, depending on the candidate, the sponsoring rabbi and the beit din. There are no clearly delineated requirements. Unmarried women cannot date during their conversion process. Converts have little recourse when their sponsoring rabbi is unresponsive or, in the worst cases, abuses his position, as Freundel allegedly did by requiring conversion candidates to do clerical work and donate to his rabbinical court.

Rabbis involved in the RCA’s conversion courts say conversion is not a one-size-fits-all program, and that while they try to be sensitive to converts’ needs, the ultimate goal of a successful conversion may be at odds with a smooth process.

“The conversion process is not like getting a degree where you have to fill requirements X, Y or Z,” said Rabbi Zvi Romm, the administrator of the RCA’s New York beit din for conversion. “Acquiring knowledge is one component. But ultimately, the conversion process is about embracing a new lifestyle and community, and some people are going to do that faster than others. It’s like dating: How long do you have to go out with someone before you know?”

For the rabbinic gatekeepers who oversee RCA conversions, there is only one acceptable gauge for whether a conversion should be approved: They must become an Orthodox Jew.

Romm outlined the basic requirements: Shabbat and kosher observance; daily prayer; fluency with the blessings; wearing a head covering and tzitzit ritual fringes for men; and commitment to family purity observances – abstaining from sex during menstruation and immersing in the mikvah afterward. Hebrew reading skills also are usually required, and the person must be part of an Orthodox community.

On average, the process takes about two years, Romm says.

During that time, dating is banned because it’s a Catch-22: Romantic relationships with non-Jews are forbidden, and any Jew willing to date someone who has not formally converted is thought to be an unsuitable romantic partner for the convert.

For Jennifer Ajsenberg, two years of study with an Orthodox rabbi in the Minneapolis area came and went with no end in sight.

“Every time we’d meet it was always, ‘I’ll see you next month.’ It never felt like I was being checked for anything. There was no sense of timeline,” Ajsenberg said. “It felt like a really long and ambiguous process and that it’s really in the rabbi’s hands: whatever he determines the requirements to be.”

A single woman in her 20s, Ajsenberg knew she was not supposed to be dating but met a Jewish man she wanted to marry. Eventually, after three years of waiting, Ajsenberg gave up and enrolled in a Conservative conversion program. Within a year she converted Conservative, and two months later she married. That was a decade ago.

Maury Kelman, an Orthodox rabbi who teaches a weekly conversion class in Manhattan, says rabbinical courts need to be more up front about timetables.

“It can be devastating psychologically for students, who have devoted themselves to transforming their lives, to feel that the beit din is delaying their conversion, even by a week,” Kelman said. “It’s of crucial importance to give the prospective convert an understanding of the timeline and process involved, and the reasons behind any delays – whether for bureaucratic reasons, such as the difficulty in convening three busy rabbis who are all volunteers, or because the beit din feels that the student is not yet ready to accept Jewish law.”

Orthodoxy requires three rabbinic judges to approve and witness conversion. Orthodox converts don’t have to go through the RCA system; all they really need is a cooperative rabbi. What the RCA system offers is a degree of authentication that makes the conversion less likely to be challenged or questioned down the line, especially by Israel’s Chief Rabbinate.

Rabbi Yosef Blau, a rabbinical conversion court judge in New York who works as a mashgiach, or spiritual adviser, at Yeshiva University, says it’s impossible to offer converts a concrete timetable. For example, he said, the timing for someone still in college is likely to be longer because the beit din wants to be confident that the person’s interest in Judaism is not part of some passing phase.

“A lot of this really is a judgment call,” Blau said. “If you give the person a time frame that’s very precise, you’re running the risk of being misleading.”

About 70-80 people convert per year through the RCA’s New York regional beit din. To handle the load, the RCA has only one part-time rabbi, Romm, and a pool of about 15 volunteer rabbis who take turns serving as judges. Converts are expected to pay about $400 in fees, but the beit din sometimes will waive costs based on financial need and on occasion has played a proactive role in helping converts get tuition discounts at Jewish day schools.

That can be a dangerous proposition, however, Romm says, because the beit din wants to be confident that the convert will be able to afford the higher costs associated with an Orthodox lifestyle: kosher food, Jewish education, housing in an Orthodox neighborhood.

“One of the considerations we make is, can the person hack it financially?” Romm said. “If a person says I have no money whatsoever, I can’t afford the $400 fee paid out over time, the question you have to ask is, how are you going to make it as an Orthodox Jew?”

After the Freundel scandal broke, Bethany Mandel, who converted with Freundel in 2011 and took one of his now-infamous “practice dunks” in the mikvah in 2010, published a proposed “bill of rights” for converts in the Times of Israel. Among other things, she called for an accelerated and unique conversion process for converts raised in Jewish homes – a demographic that makes up a sizable number of Orthodox converts in America.

“I was born to a Jewish father and was raised Reform. I didn’t know I wasn’t halachically Jewish until a college Birthright trip,” Mandel wrote. “While in the process I was treated with the same unacceptable dismissiveness and disdain afforded to girls who were converting for marriage.”

Rabbi Asher Lopatin, the head of Yeshivat Chovevei Torah, a liberal Orthodox rabbinical school in New York, agrees that the RCA should do all it can to ease the path to formal conversion for those raised in Jewish homes, like those in Mandel’s circumstance.

If one good thing comes out of the Freundel scandal, he says, it should be to help redirect the RCA back toward the converts that its conversion guidelines are meant to serve.

“The whole focus for RCA conversion has been oriented toward making sure the Israeli Chief Rabbinate accepts conversions,” Lopatin said. “Hopefully this will reorient toward an embrace of people who are very interested in converting.”

After Freundel Scandal, Converts in Waiting Complain of Unexpected Obstacles