Feud Escalates Over ‘No Guts’ Jibe at Benjamin Netanyahu 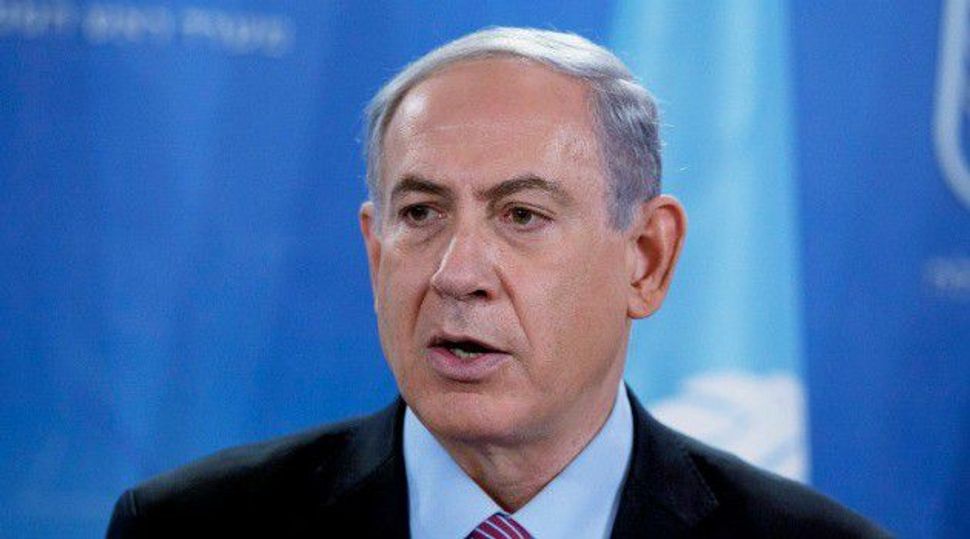 An anonymous U.S. official’s reported description of Prime Minister Benjamin Netanyahu as a “chickenshit,” or worthless coward, drew a sharp response on Wednesday from the Israeli leader – no stranger to acrimony with the Obama administration.

The American broadside, in an interview in The Atlantic magazine, followed a month of heated exchanges between the Netanyahu government and Washington over settlement building in Israeli-annexed East Jerusalem, which Palestinians seek as the capital of a future state in the West Bank and Gaza Strip.

“The thing about Bibi is, he’s a chickenshit,” the unidentified official was quoted as saying, using Netanyahu’s nickname and a slang insult certain to redden the ears of the U.S.-educated former commando.

“The good thing about Netanyahu is that he’s scared to launch wars,” the official said, in apparent reference to past hints of possible Israeli military action against Iran’s nuclear program. “The bad thing about him is that he won’t do anything to reach an accommodation with the Palestinians or with the Sunni Arab states.”

Netanyahu, the official was reported to have said, is interested only in “protecting himself from political defeat … He’s got no guts.” Israeli leaders usually do not respond to comments by unidentified officials. But Netanyahu addressed those remarks directly in opening a memorial ceremony in parliament for an Israeli cabinet minister assassinated by a Palestinian in 2001.

“Our supreme interests, chiefly the security and unity of Jerusalem, are not the main concern of those anonymous officials who attack us and me personally, as the assault on me comes only because I defend the State of Israel,” Netanyahu said.

Some pundits predict an Israeli election in 2015, two years early, speculation seemingly supported by the absence of any strong challenger to the Likud party leader and increasingly vocal challenges to his policies from senior ministers to the left and right of him within the coalition government.

Economy Minister Naftali Bennett, whose ultranationalist Jewish Home party belongs to the coalition but who has had testy relations with Netanyahu, defended him on Facebook.

“The prime minister of Israel is not a private person. He is the leader of the Jewish state and the entire Jewish people. Cursing the prime minister and calling him names is an insult not just to him but to the millions of Israeli citizens and Jews across the globe,” he wrote. Israeli opposition leader Isaac Herzog sounded a more critical note, telling Channel Two television: “Netanyahu is acting like a political pyromaniac, and he has brought our relations with the United States to an unprecedented low.”

In a series of recent speeches widely seen in Israel as setting the stage for a possible poll, Netanyahu has highlighted growing security concerns in the wake of the July-August war with Hamas in Gaza and regional unrest that has brought Islamist militants to Israel’s northern border with Syria.

Israel also worries that U.S.-led world powers will agree to what it deems insufficient curbs on the nuclear program of its arch-foe, Iran, in talks with a looming Nov 24 deadline.

Fears of a possible new Palestinian Intifada, or uprising, have been stoked in Israel by now-daily rock-throwing by Palestinians in Jerusalem amid Muslim fears of an end to an Israeli de facto ban on Jewish worship at the al-Aqsa mosque compound in the holy city where Biblical temples once stood.

Netanyahu has pledged to preserve the “status quo” at the site, a commitment Palestinian leaders view with suspicion.

But drawing Palestinian outrage and a State Department accusation that Israel was distancing peace, Netanyahu pledged on Monday to fast-track plans for 1,000 new settler homes in Israeli-annexed East Jerusalem.

Netanyahu described such criticism as being “detached from reality,” saying Jews had a right to live anywhere in Jerusalem, regarded by Israel as its united capital – a claim not internationally recognized.

Most countries and the World Court deem the settlements Israel has built in areas captured in a 1967 war to be illegal. Israel disputes this, and has settled 500,000 Jews in East Jerusalem and the West Bank, among 2.4 million Palestinians.

Feud Escalates Over ‘No Guts’ Jibe at Benjamin Netanyahu