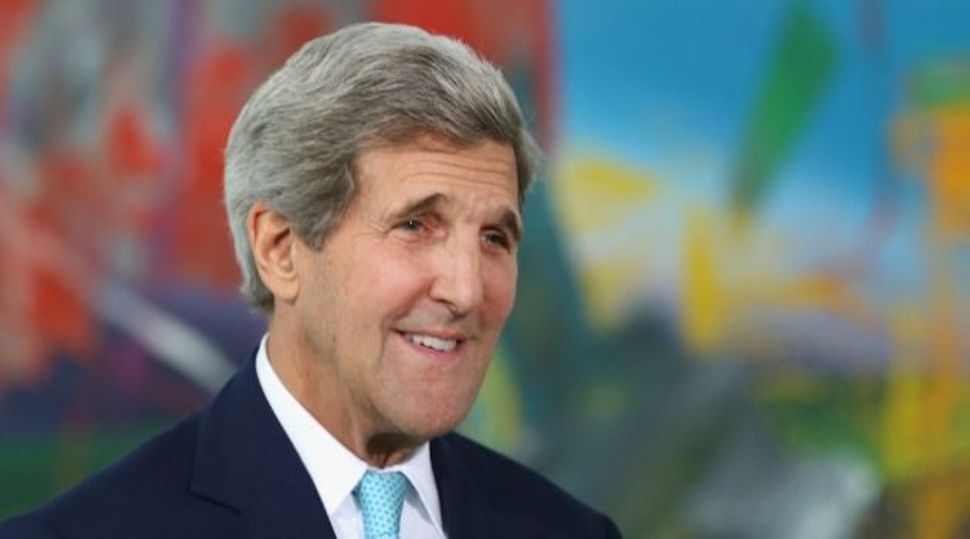 The description of Israeli Prime Minister Benjamin Netanyahu as a “chickenshit” by an anonymous U.S. official as quoted in a U.S. magazine this week was disgraceful and damaging, Secretary of State John Kerry said on Thursday.

Netanyahu on Wednesday condemned the comment from an unnamed official in The Atlantic, which added to tensions between his government and the Obama administration, particularly over settlement building in Israeli-annexed East Jerusalem.

“We condemn anybody who uses language such as was used in this article,” Kerry told an audience at the annual Washington Ideas Forum in his first comment on the issue. “It does not reflect the president, it does not reflect me, it is disgraceful, unacceptable, damaging.”

The expression “chickenshit” is used to mean a worthless coward.

“I have never heard that word around me in the White House. I don’t know who these anonymous people are who keep getting quoted, but they make life much more difficult,” Kerry added.

Kerry tried to broker a peace deal between Israel and the Palestinians last year, launching fresh talks after a three-year deadlock. The talks collapsed in April this year.

“The thing about Bibi is, he’s a chickenshit,” the unidentified official was quoted as saying in The Atlantic.

“The good thing about Netanyahu is that he’s scared to launch wars,” the official said, alluding to past hints of possible Israeli military action against Iran’s nuclear program. “The bad thing about him is that he won’t do anything to reach an accommodation with the Palestinians or with the Sunni Arab states.”

Netanyahu addressed the reported name-calling directly during remarks in parliament saying his main focus was the security and unity of Jerusalem.

“Our supreme interests, chiefly the security and unity of Jerusalem, are not the main concern of those anonymous officials who attack us and me personally, as the assault on me comes only because I defend the State of Israel,” he said.

Kerry said the only way to resolve tensions between Israelis and Palestinians was to bring the sides together to negotiate a peaceful settlement. “We still believe it is doable, but it takes courage and strength,” he said, “both sides have to be prepared to compromise in order to do it.”