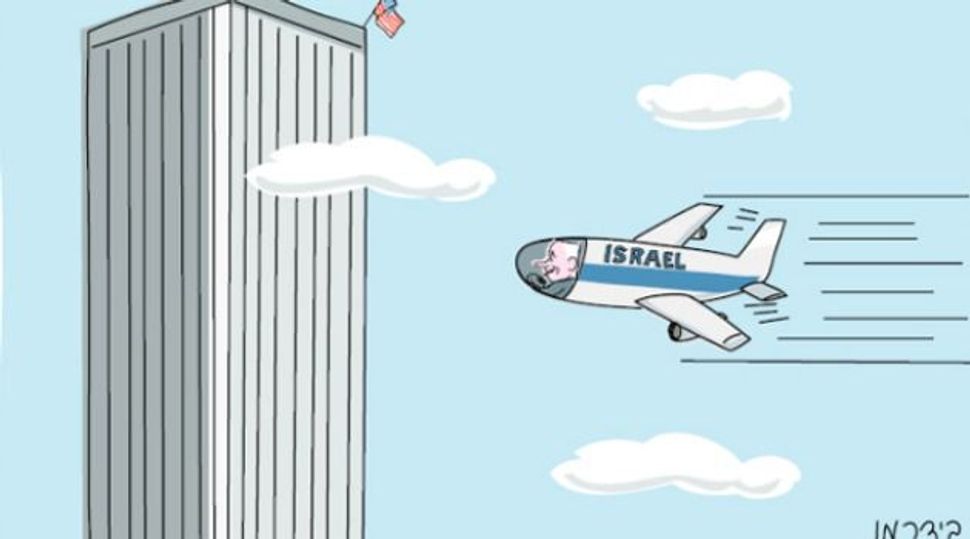 Biderman, the political cartoonist for the liberal Haaretz newspaper, said he “never imagined” the harsh reaction to the terror-themed cartoon but pointedly refused to apologize in an article published on its web site.

“It was certainly not my intention to insult or upset anyone,” Biderman told Haaretz. “I wasn’t sufficiently aware of the great sensitivity that 9/11 holds for Americans.”

The article did not quote any Haaretz editors and the work remained on the paper’s web site, suggesting Biderman’s bosses back his explanation.

Biderman insisted his cartoon was fair criticism of Netanyahu, who he claims has damaged relations with the U.S.

“I was mocking Bibi,” he said. “He’s been acting like a bull in a china shop with the United States, which is Israel’s most important strategic asset.”

Biderman noted that he has often grappled with controversial issues in his work — and refuses to censor himself even when he knows many readers may object.

“I have drawn cartoons depicting every war that Israel has fought, including the Yom Kippur War – which I was involved in – where we suffered thousands of casualties. I have used some of Israel’s greatest tragedies as the background for my cartoon(s). .. . I never imagined that by using an image that evoked 9/11 I would cause such a storm.”