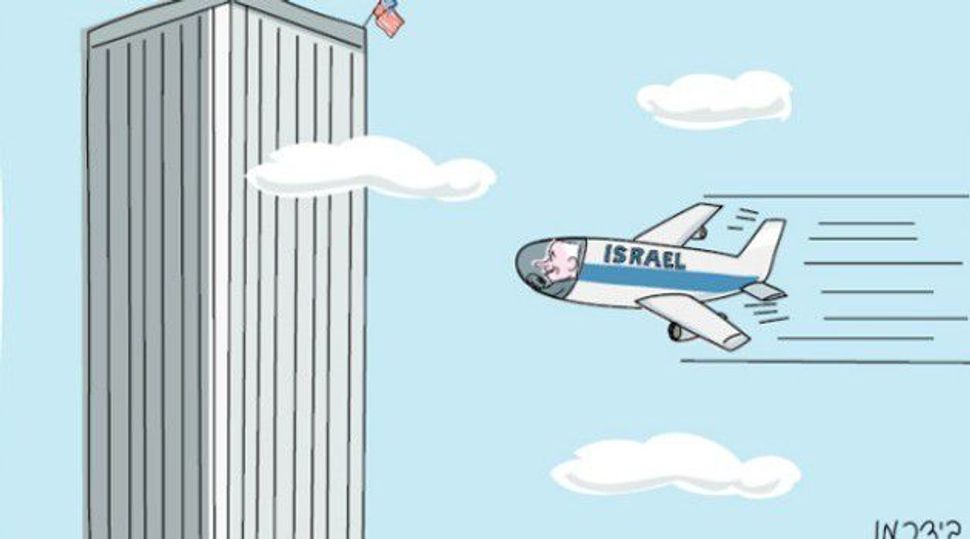 Israel’s Haaretz newspaper has strongly backed a cartoonist who sparked a storm of controversy by depicting Prime Minister Benjamin Netanyahu as a 9/11 terrorist flying toward the World Trade Center.

“Needless to say, Haaretz deeply honors and respects the memory of American and other victims of the September 11, 2001 terrorist attacks on New York and Washington,” Benn wrote in the signed editorial. “We regret any misreading of Biderman׳s image as disrespectful to those who perished or to survivors of this horrible crime.”

Benn repeated Biderman’s claim that the cartoon was exclusively concocted as a provocative way of criticizing Netanyahu, who he believes has severely damaged Israel’s friendship with the U.S.

It didn’t explain why Biderman used imagery of the terror attack on New York, which has no apparent connection to the current diplomatic spat betweeen Washington and Jerusalem.

Benn also said the paper had no intention of stoking anti-Semitic conspiracy theories about the 9/11 attacks, even though it depicts a prominent Jewish leader in the pilot’s seat of a hijacked plane.

“Haaretz has never given any stage to these defamatory libels, which were in no way on the mind of the cartoonist or the newspaper’s editors,” Benn wrote.