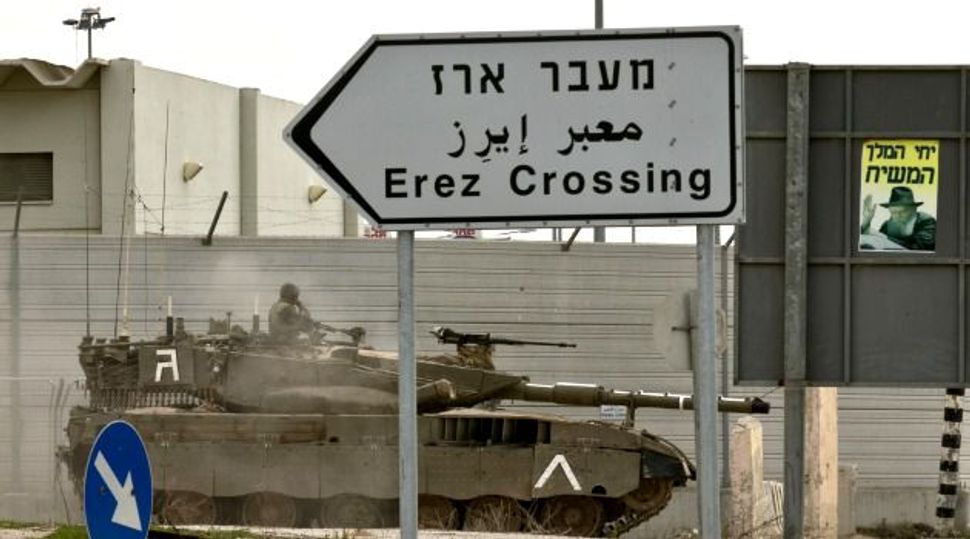 Israel has closed the two border crossings between Gaza and Israel in the wake of a rocket fired into Israel from Gaza.

Israel’s closing of the Erez and Kerem Shalom crossings indefinitely beginning on Saturday angered Hamas in Gaza, who called the decision “collective punishment.”

“The justifications given by the (Israeli) occupation to shut down crossings are unacceptable,” senior Hamas official Mousa Abu Marzouq said in a statement released Sunday, the Palestinian Maan news agency reported. He charged that the closure violates the Aug. 26 cease-fire that ended Israel’s 50-day operation in Gaza, and that it violates international agreements as well.

The Rafah border between Egypt and Gaza has also been closed for the last week following attacks on Egyptian security forces patrolling the Sinai. A meeting in Cairo to continue indirect cease-fire negotiations was postponed last week by Egypt due to the Sinai unrest.

“Today’s restrictions on movement raise the specter of a return to Israel openly closing crossings in response to rocket fire, punishing civilians in Gaza in pursuit of so-called political or security goals. This is a dangerous regression to a policy that is not only illegal under international law but also has been discredited by senior Israeli security officials as counter to Israeli interests,” Eitan Diamond, director of the Gisha – Legal Center for Freedom of Movement said in a statement.