Jewish Family Gets Jewels Back 72 Years After Nazi Deportation 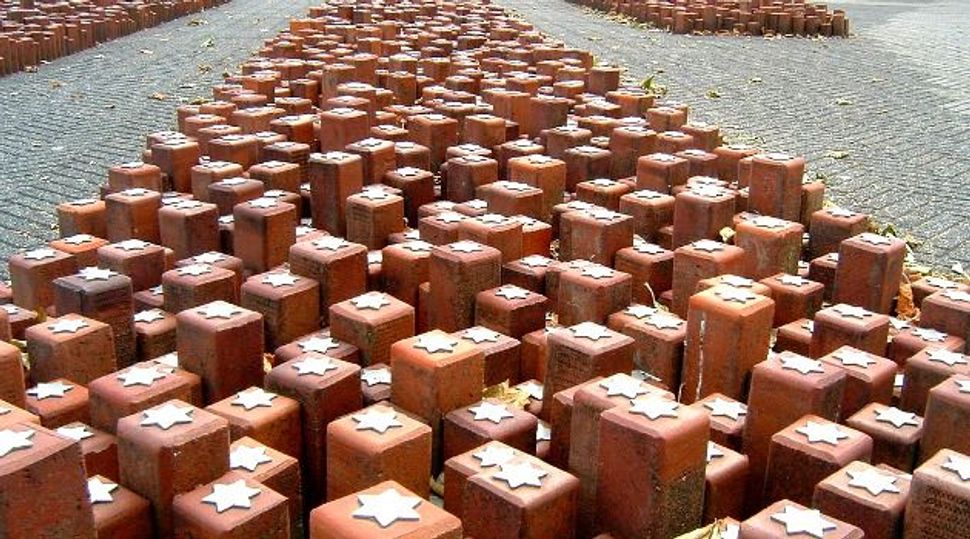 Monument at Westerbork: Each individual stone represents a single person that had stayed at Westerbork and died in a Nazi concentration camp. Image by Wikipedia

A Dutch historical society returned jewels to a Jewish family that had given them to neighbors for safekeeping before being deported by the Nazis.

The jewels were returned to a descendant of Benjamin Slager and Lena Slager-de Vries at a ceremony in the town hall of Winschoten in the north of the Netherlands on Oct. 28, exactly 72 years after her relatives and 500 of the town’s Jews were sent to the Westerbork concentration camp, the Dagblad van het Noorden daily reported.

Only 46 of the town’s Jews survived the Holocaust.

Before they were marched to the local train station, the Slagers gave a box with family jewels to their next-door neighbors, the Schoenmakers. The women of the family passed on the box from daughter to daughter with instructions to keep them for the Slagers.

But last year, the box’s last keeper, Astrid Klappe, gave it to a local historical society, the Old Winschoten Society, which performed research to track down the owners. Aided by local resident Willem Hagenbeek, the society tracked down Els Kok, a descendant of the Slagers, who received the box and the few items it contained, including some rings, a wrist watch and a locket.

Klappe said that when she was a child, her grandmother showed her the jewels and where they were stored but forbade her to touch them.

Kok was quoted as saying that she was deeply moved and “happy to have something tangible” by which to remember her relatives.

The ceremony took place after a silent walk through Winschoten in memory of the town’s Jews who were murdered in the Holocaust, the RTV Noord broadcaster reported.

Jewish Family Gets Jewels Back 72 Years After Nazi Deportation