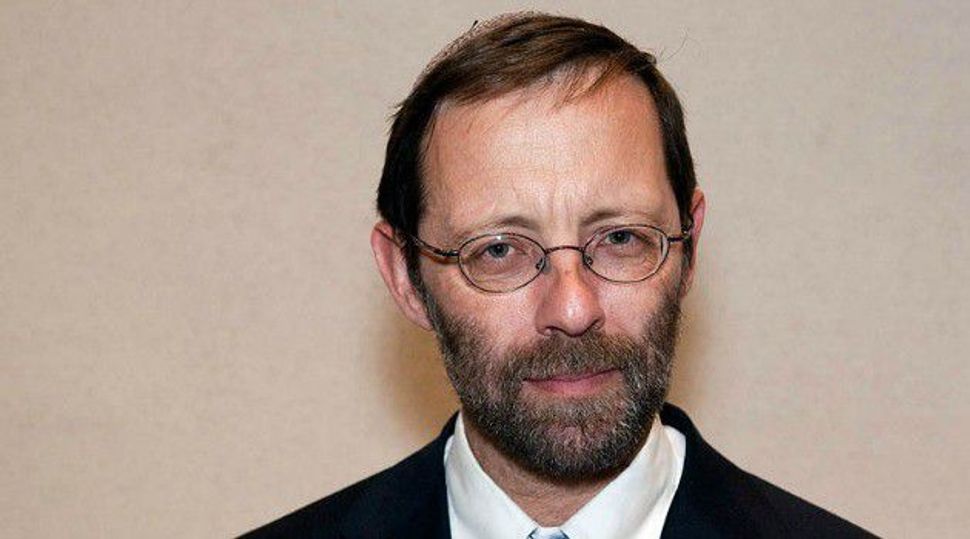 No Go Area: Likud lawmaker Moshe Feiglin has been told by party leader Benjamin Netanyahu to stay away from the Temple Mount in Jerusalem. Image by Getty Images

A far-right politician who wants Jews to be allowed to pray at Jerusalem’s al-Aqsa compound visited the site on Sunday, defying Prime Minister Benjamin Netanyahu’s calls for restraint after clashes this week between Israeli police and Palestinians.

Sunday was the first day the compound, known to Muslims as Noble Sanctuary and to Jews as Temple Mount, was open to non-Muslims since an Israeli-American activist was shot and seriously wounded after speaking out against the prayer ban.

Likud lawmaker Moshe Feiglin, an Orthodox Jew, spent about an hour at the site. Dressed in a suit and tie, he bowed his head next to a Muslim man praying on his knees and posed for pictures in front of the Dome of the Rock, the place from where the Prophet Mohammad is said to have ascended to heaven.

As he walked backwards away from the Dome in supplication, ringed by armed police, Muslims chanted “Allahu Akbar” (“God is Greatest”).

Feiglin has become a thorn in Netanyahu’s side with a campaign to change the status quo of the complex, run by Jordan’s religious authorities, who for decades have allowed Jews to visit al-Aqsa but not pray there.

Activist Yehuda Glick was attacked after a conference in Jerusalem on Wednesday where he had called for Jews to have freedom to pray at al-Aqsa. Feiglin was standing alongside him when he was shot.

Netanyahu called for calm and restraint.

“It is very easy to set religious fires. It is much harder to extinguish them,” he said at his weekly cabinet meeting on Sunday.

“What we need now is for tempers to cool,” Netanyahu said, saying he had spoken to U.S. Secretary of State John Kerry about tensions in Israeli-annexed East Jerusalem, the scene of daily clashes between Palestinian protesters and Israeli riot police.

The area, where two ancient Jewish temples once stood, the second destroyed in 70 AD, is the holiest place in Judaism. It is also the third holiest site in Islam, after Mecca and Medina.

“Jews should be allowed to come to the Temple Mount and pray whenever they want,” Feiglin told Reuters after leaving the compound, his bodyguard keeping a close watch at his side.

“All the nations have their holiest site, some in Mecca, some in Rome, some in the Far East. We the Jewish people have one place, it’s this place. It cannot and it will not be taken away from us,” he said.

The Palestinian man suspected of shooting Glick was shot and killed by Israeli troops on Thursday, leading to clashes on the streets of East Jerusalem. That prompted Israel to shut all access to al-Aqsa for the first time in 14 years.

The last full closure was in 2000, when the second Palestinian uprising or Intifada began, shortly after the then Israeli opposition leader, Ariel Sharon, visited al-Aqsa.

Tensions over the site have strained ties between Israel and Jordan and added to Israeli fears of a Palestinian uprising.

Peace talks between Israel and the Palestinians collapsed in April and since then Israel has announced plans to expand settlements in occupied territory. A war in Hamas-run Gaza between Israeli forces and Palestinian militants in July and August has also further polarized the situation.

As his campaign has gathered steam, Netanyahu has reiterated that the complex’s status quo will not be changed, but his reassurances have done little to calm Palestinian concerns, or those of Muslims further afield, particularly in Jordan.

In his cabinet comments, Netanyahu warned against handing fuel to Muslim extremists looking to exploit the issue.

“(Radical Islamists) want to ignite a religious fire in Jerusalem and through that to set the entire Middle East aflame,” he said, adding that the status quo agreed with Jordan after the 1967 Middle East war would not be altered.

But Netanyahu also spoke of the possibility that a “prolonged struggle” lay ahead.

He said the cabinet, seeking to quell Palestinian unrest, approved draft legislation that would make stone-throwing at vehicles punishable by up to 20 years in jail.

Palestinian President Mahmoud Abbas, who also spoke to Kerry about the tensions in Jerusalem, welcomed Netanyahu’s calls for restraint.

“Assaults and provocations by fanatics will lead to grave consequences,” he said. “It will create a status of instability and tension both in Palestine and in the region and that is what we do not want to happen.”