Peres at Rabin Memorial: Ruling Over Another People Against Jewish Values 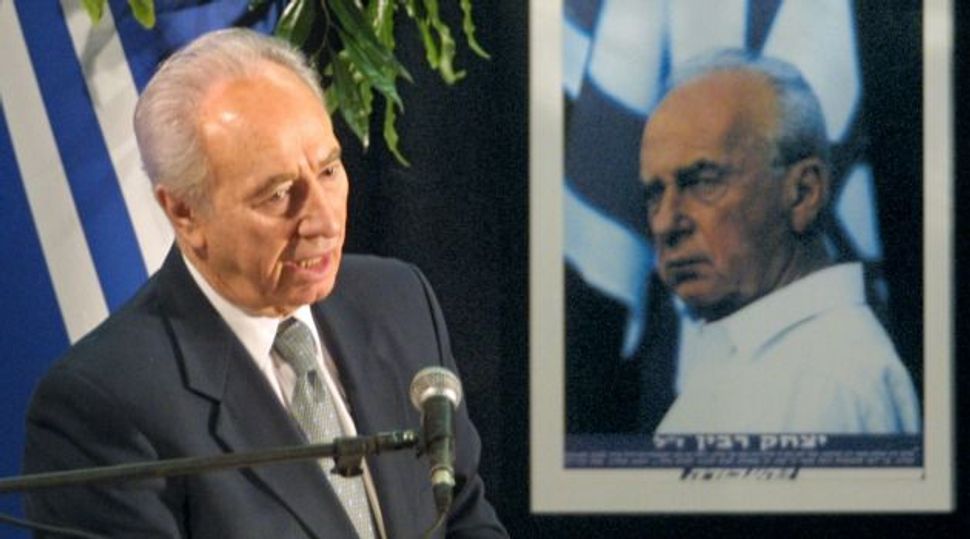 Israel can not protect its Jewish and democratic character without peace, former President Shimon Peres said at a memorial for assassinated Prime Minister Yitzhak Rabin.

“Peace has become a derogatory term. There are those who say that those who believe in peace are naive, not patriots, delusional. But I say to all those in a clear voice, those who give up on peace are the ones who are delusional,” Peres said Sunday night to thousands of people gathered in Rabin Square in Tel Aviv for the event.

Rabin was assassinated 19 years ago by jailed assailant Yigal Amir. Wednesday marks the anniversary on the Hebrew calendar of the assassination.

“Ruling over another people is against our values as Jews. To pursue peace is a mitzvah. It’s also very practical – very Jewish,” Peres said.

The event was organized by organizations including: the Israeli Peace Initiative and November 4th groups, and had a more political overtone.

A second memorial, sponsored by a coalition of groups from the left and the right, including youth movements, is set for Nov. 8 in Rabin Square. President Reuven Rivlin will serve as keynote speaker of the rally, which will remember Rabin’s life and legacy, the Dror Israeli Movement announced Sunday.

Peres at Rabin Memorial: Ruling Over Another People Against Jewish Values