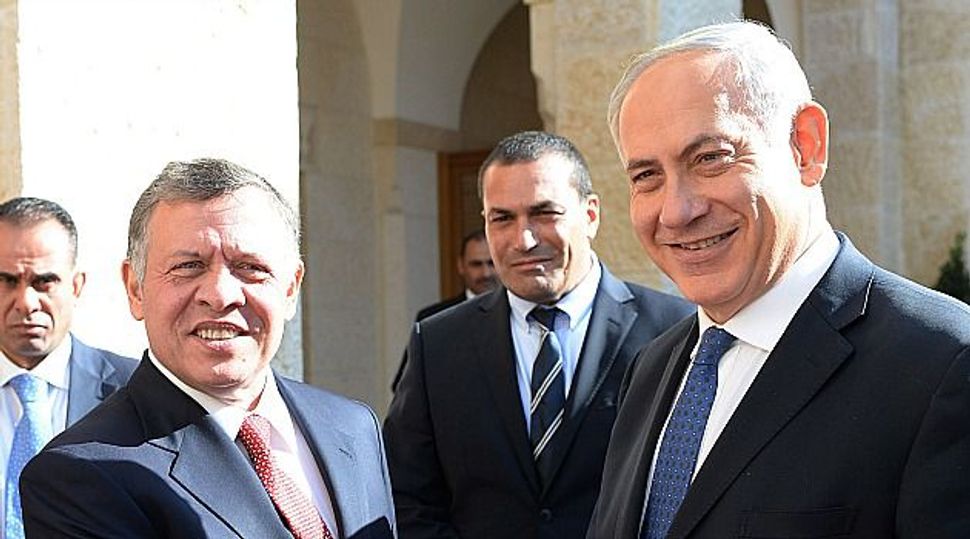 The two sides pledged to work together to ease the tensions in Jerusalem and the Temple Mount, according to the report, which also said that Netanyahu’s calls over the weekend for calm and the continuation of the status quo on the Temple Mount were a direct result of the meeting with Abdullah.

Neither Israel nor Jordan has confirmed or denied the report. The newspaper has in recent years been used as a way to leak information from the Prime Minister’s Office, Haaretz reported.

Abdullah has publicly criticized Israel in recent weeks over the treatment of Palestinians in Jerusalem and the West Bank, and has called for protecting Muslim holy sites in the city.

Abdullah also told reporters over the weekend that: “Jordan will continue to confront, through all available means, Israeli unilateral policies and measures in Jerusalem and preserve its Muslim and Christian holy sites, until peace is restored to the land of peace.”

Meanwhile, restrictions remained Monday on entrance to the Temple Mount, with men under the age of 40 being prevented from visiting.

Lawmaker Shuli Moalem-Refaeli of the Jewish Home Party visited the Temple Mount on Monday, and said she was attacked by an Arab woman at the site who first yelled at her and then shoved her. The Muslim woman was arrested.

Several Arab women are seen in a video shouting “Allah Akhbar” or “God is great” and being chased away from a group of tourists by police.