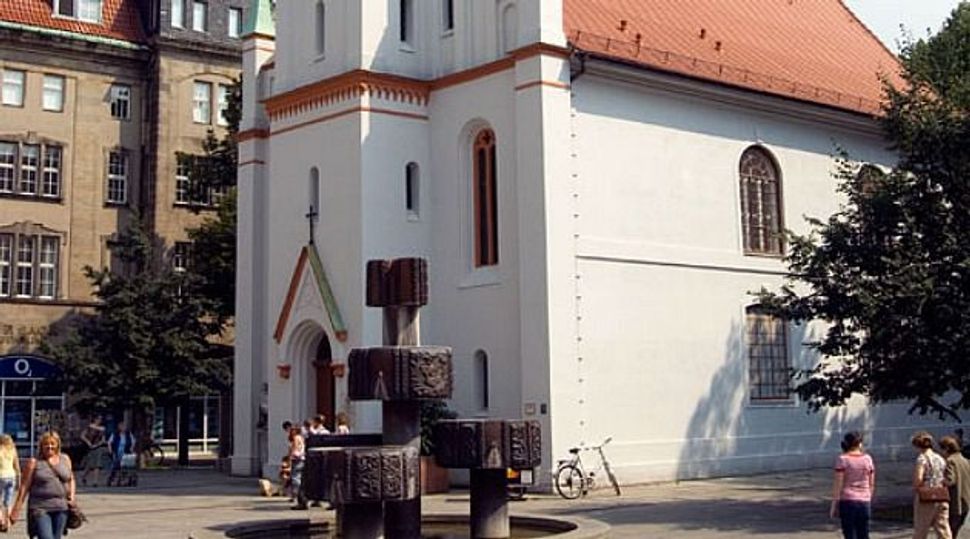 A former church in the German city of Cottbus is to become Germany’s newest synagogue, and the first since 1938 in the state of Brandenburg.

In ceremonies on Nov. 2, Ulrike Menzel, who has led the Evangelical parish in Cottbus since 2009, handed a key for the Schlolsskirche, or “castle church,” to the Jewish Association of the State of Brandenburg.

The actual dedication of the synagogue is planned for Holocaust Remembrance Day, on Jan. 27, 2015.

Last weekend’s event comes almost exactly 76 years after the “Night of Broken Glass,” a Germany-wide pogrom in which Jewish property and synagogues – including the one in Cottbus – were destroyed.

Cottbus traces the first mention of Jewish residents to 1448. Its first Jewish house of prayer was established in 1811 in the inner courtyard of a cloth maker. At the time, there were 17 Jews in Cottbus. In 1902, a larger synagogue was dedicated. Nazi hooligans stormed it and set it afire on the night of Nov. 9-10, 1938. A department store stands on the site today.

The Jewish community was not formally reestablished in Cottbus until 1998.Today, it has some 350 members, all of them Jews from the former Soviet Union. The current president is Gennadi Kuschnir.

“It’s wonderful to see this house of worship returned to its intended use,” Menzel said at Sunday’s ceremony, according to the Nordkurier online newspaper. For decades, the building has been used for social and communal events.

According to a statement on the community’s website, the State of Brandenburg contributed the full purchase cost for the decommissioned church, $730,700, and will contribute about $62,400 per year for maintenance. The city of Cottbus oversaw the removal of the cross and church bell from the steeple. All other costs of renovation were to be borne by the state Jewish association.

The Cottbus Jewish community has pledged to use the structure as a synagogue for at least 25 years.