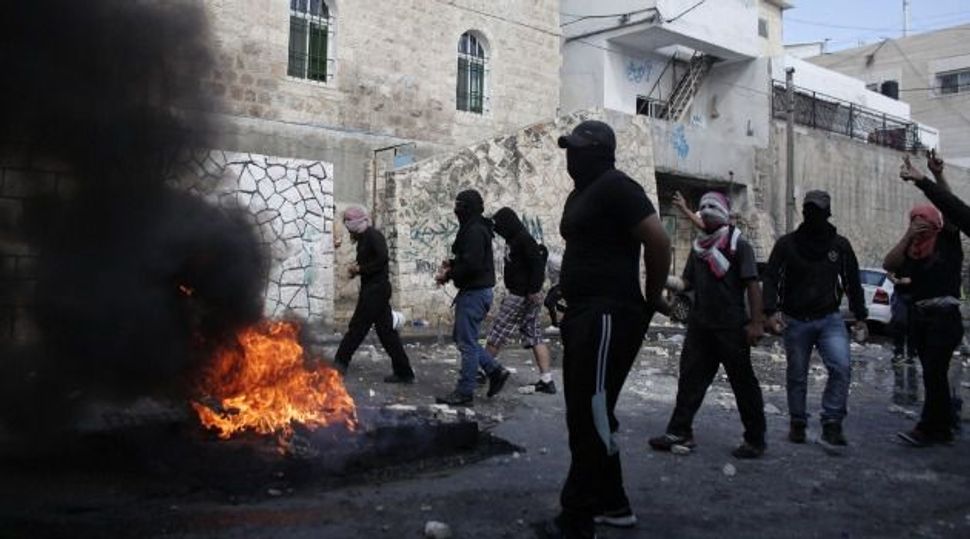 Israeli forces demolished two Palestinian homes on Tuesday in an East Jerusalem neighborhood that has been at the heart of clashes between Israeli police and Palestinian protesters, a move likely to exacerbate weeks of tension in the holy city.

Authorities knocked down the buildings near the district of Abu Tor, southeast of the Old City, in the early hours, saying they had been built without construction permits.

“At 5 o’clock this morning, around 90 policemen and two bulldozers kicked us out of the house and started destroying it without letting us take any of our belongings,” Hamza Abu Rajab, owner of one of the buildings, told Reuters.

He said his extended family of 17 was now homeless.

Jerusalem’s municipality said it had carried out two demolition orders on partially-built structures put up without permits in an area where building is banned.

“The municipality enforces the law against illegal building equally, in all parts of the city,” it said.

Tension has deepened in the Silwan and Abu Tor districts in recent months, with almost nightly clashes between Palestinians throwing rocks and setting off firecrackers and heavily armed Israeli police firing stun grenades and tear gas.

The unrest has grown since the July-August war in Gaza and the movement of dozens of Jewish settlers into Silwan in recent weeks. A push by Orthodox Jews to be allowed to pray at an Old City site that is holy to both Muslims and Jews, in defiance of a decades-long ban agreed by Israel, has also fueled anger.

In Abu Tor, clashes escalated last week after Israeli police killed a local man suspected of having shot and seriously wounded a right-wing Israeli activist who has called for Jews to be allowed to pray at the contested holy site, known to Muslims as the Noble Sanctuary and to Jews as Temple Mount.

A Palestinian official responsible for Jerusalem said the difficulty in getting housing permits applied unfairly to East Jerusalem’s mainly Arab residents. Locals frequently tell of years of struggle to secure a permit that takes a few weeks for Jewish residents in the western side of the city.

“This incident is part of an attempt to punish Arab Jerusalemites in various ways,” Ahmed Rwaidi said. “Why else are there building permits available in West Jerusalem and no demolitions there?”

Palestinians seek Jerusalem, the West Bank and Gaza – lands captured and occupied by Israel after the 1967 war – for their future state.

Citing historical and Biblical roots, Israel regards all of Jerusalem as its capital and has annexed it in a move that is not accepted internationally.