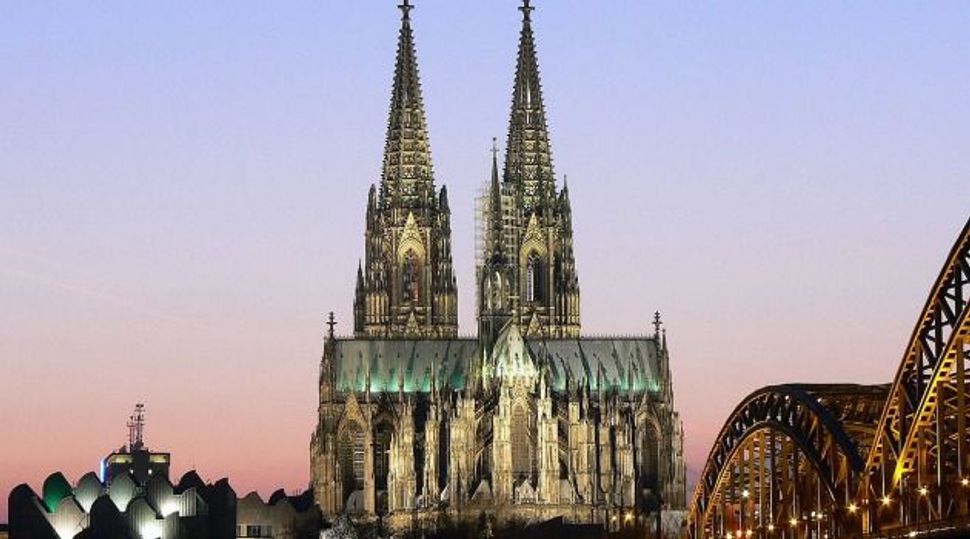 An American tourist was robbed and called a “Jewish bastard” by youths after he asked them for directions in the Cologne train station.

Police are seeking witnesses to the incident, which took place at approximately 11:30 p.m. Saturday.

On the same weekend in Cologne, some 5,000 people reportedly participated in a major anti-Muslim demonstration, mostly of soccer hooligans, under the motto “Hooligans against Salafists.” Violence erupted during the demonstration, with 49 police officers slightly injured and property damage of about $25,000.

In the incident involving the tourist, the unnamed 37-year-old said he was rushing to catch a train and asked a group of youths for directions to the proper track, according to local reports.

Instead of assisting him, the youths — described as having shaved heads and wearing black, red and white T-shirts — pushed him to the ground and robbed him. Upon spying his Star of David pendant, they then called him a “Jewish bastard” before fleeing with his wallet and travel documents.

The victim reportedly was able to catch his train and reported the incident to police after arriving at his destination.

In a statement issued Tuesday, Cologne lawmaker Volker Beck, Green Party representative to the Bundestag, said “nothing justifies anti-Semitic violence, whether in word or deed.” He and Hans Schwanitz, co-chair of the Green Party council in Cologne, expressed their “full solidarity with the victim.”

At the anti-Muslim demonstration, the protesters included right-wing extremists, with some wearing black T-shirts featuring the slogan “HoGeSa,” which stands for Hooligans against Salafists, in red and white — resembling the description of the attackers in the anti-Semitic incident, Die Welt reported.

Police have confirmed that the organizers of an anti-Salafist demonstration scheduled for Nov. 15 in Berlin have registered at least 10,000 participants, according to Die Welt, but doubted that so many would turn up.