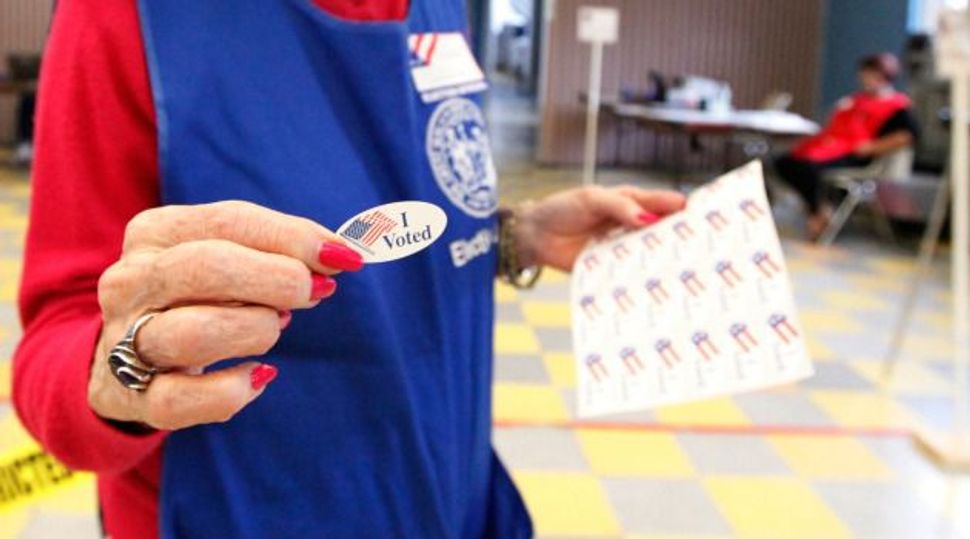 Jewish support for Democrats over Republicans in congressional elections broke more than two to one, consistent with recent elections, and Jewish voters remained substantially more supportive of President Obama than the general population, polls showed.

A poll commissioned by J Street, the liberal Jewish Middle East policy group, showed Jewish voters picking Democrats in Tuesday’s election 69 to 28 percent, consistent when the margin of error is taken into account with the same polling firm’s 69-30 break in 2012 elections and 66-31 break in 2010.

The J Street poll, carried out by the Gerstein Bocian Agne firm, also comported, within the margin of error, with the 66-33 break among Jewish voters who were interviewed by exit pollsters working for a consortium of major media. Matthew Brooks, the director of the Republican Jewish Coalition, said the consistent upper 60s percentage showings for Democrats over three election cycles – compared to percentages in the 70s and 80s through the 1990s and 2000s – represented a trend.

“We are encouraged by the Republicans’ strong showing again this year and by the continued inroads the GOP is making in the Jewish community,” he said.

The consistency in Jewish support for Democrats came despite a rout of the party in Tuesday’s elections that was largely blamed on Obama’s low ratings among voters.

Jewish voters ranked the economy and health care as their top two concerns entering the voting booth, according to the J Street poll.

That gap between Jewish and general voters, of 10-15 percentage points, has persisted throughout Obama’s presidency.

Jewish voters, according to the J Street poll, appeared to back Obama’s Middle East policies.

Respondents supported an active U.S. role in the peace process even if it involved criticism of Israelis and Arabs, 72-28 percent; that dropped to 52-48 percent opposing such a role if it involved only criticizing Israel.

They also strongly supported, 76-24, an outline of a final status peace agreement as advocated by the Obama administration during peace talks earlier this year, including two states based on the 1967 lines and a demilitarized Palestinian state.

Additionally, they supported, 77-23, the United States presenting to the sides parameters based on such an agreement – something Israel strongly opposes.

Respondents overwhelmingly approved of Israel’s actions during its war with Hamas in the Gaza Strip this summer, 80-20.

Presented with the outline of a possible nuclear agreement with Iran that would restrict enrichment of uranium to civilian levels and allow for tough inspections in exchange for a phased lifting of sanctions, Jewish voters overwhelmingly approved, 84-16.

Israel strongly opposes such a deal now under consideration in talks between Iran and the major powers.

The J Street poll of 800 voters who self identified as Jewish through a web panel had a margin of error of 3.5 percentage points.

The media consortium did not give a margin of error for its Jewish count, which represented 3 percent of 7,305 respondents.