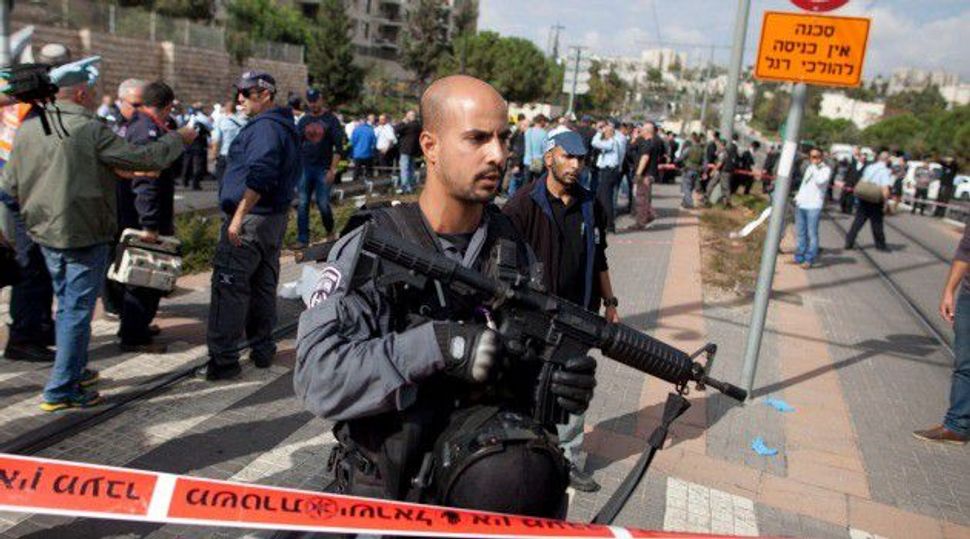 An Israeli man injured in an attack in which a Palestinian rammed his car into pedestrians died of his injuries on Friday, a hospital official said, taking to three the death toll in the incident, including the assailant shot dead at the scene.

The militant Islamist group Hamas claimed responsibility for the attack on Wednesday at a light rail stop in Jerusalem.

A spokeswoman said a man of about 20 died at Hadassah Medical Center in Jerusalem of his injuries. An Israeli border policeman was also killed in the attack by a Palestinian man from East Jerusalem.

Tensions have risen steadily in Jerusalem since before a Gaza war that ended with a truce in late August. A Palestinian youth was burned alive in early July by suspected Jewish attackers avenging the killing of three Israeli youngsters in the occupied West Bank.

Nearly daily stone-throwing protests have erupted in East Jerusalem neighborhoods, and at a flashpoint holy site in Jerusalem housing Islam’s third-holiest site, and which Jews revere as the place where biblical Jewish temples once stood.

Israeli police deployed extra forces on Friday to try and prevent further violence, also limiting access to worshippers by permitting only Muslim men older than 35 to enter the compound of the al-Aqsa mosque.

Palestinians accuse Israel of trying to change the delicate status quo at the site, citing visits by right-wing Israelis seeking prayer rights there.