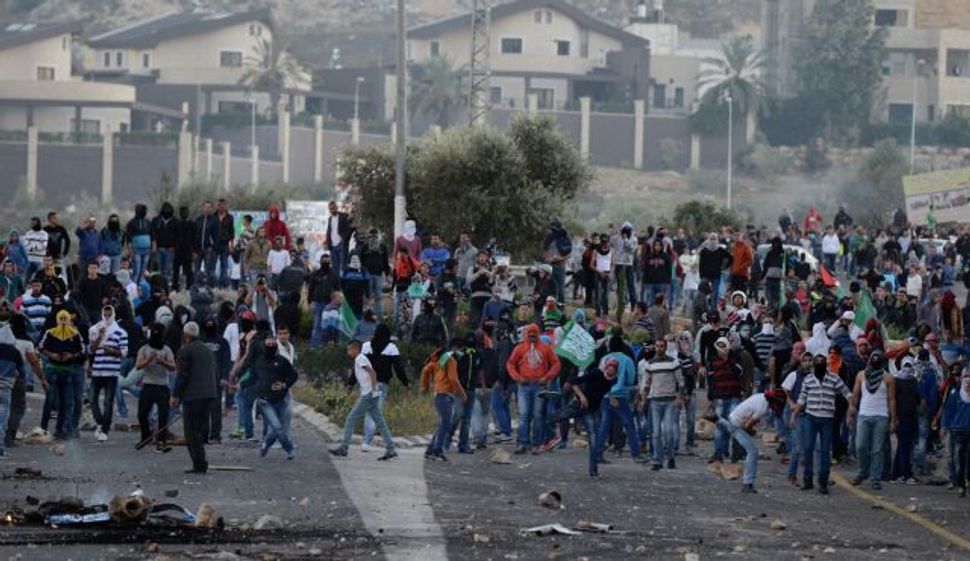 Community leaders of Israel’s Arab minority declared a 24-hour general commercial strike, starting on Sunday, following the shooting dead by police of a man from the village of Kafr Kana in the north of the country.

Thousands took to the streets on Saturday and some threw rocks and lit fires at the entrance to Kafr Kana near a main road hours after Khayr al-Din al-Hamdan was shot by police after he attacked them as they came to arrest a relative.

Hamdan died of his wounds at a nearby hospital, police said.

Israeli Arabs, the majority of them Muslim, make up a fifth of Israel’s predominantly Jewish population of 8 million. Often they are resentful of entrenched discrimination but they rarely resort to violence.

Video from a private security camera appearing to show the incident showed Hamdan trying unsuccessfully to break the windows of the police van with a sharp object. When officers got out of the van, Hamdan retreated and footage showed at least one officer shoot him with a pistol.

After he fell to the ground, officers were seen dragging Hamdan into the van and it left the scene.

Prime Minister Benjamin Netanyahu issued a statement saying Israel would not tolerate the kind of violence that broke out in Kafr Kana and rioters would be punished to the full extent of the law.

“Israeli is a country of law and order. We will not tolerate disturbances and riots. We will act against stone throwers and those who block roads and call for the establishment of a Palestinian state in place of Israel,” the statement said.

Netanyahu added that he would instruct the Interior Minister to consider stripping Israeli citizenship from those who call for Israel’s destruction.

Israeli Arab lawmaker Ahmed Tibi said the state’s security forces considered the Arab minority as an enemy, adding that such treatment by police could not happen against Jews. Israeli police chief Yohanan Danino denied the police discriminated against any sector in Israeli society.

Hamdan’s relative was eventually detained, police said. The relative was suspected of setting off a stun grenade against a rival clan in the village where tensions between families often run high.