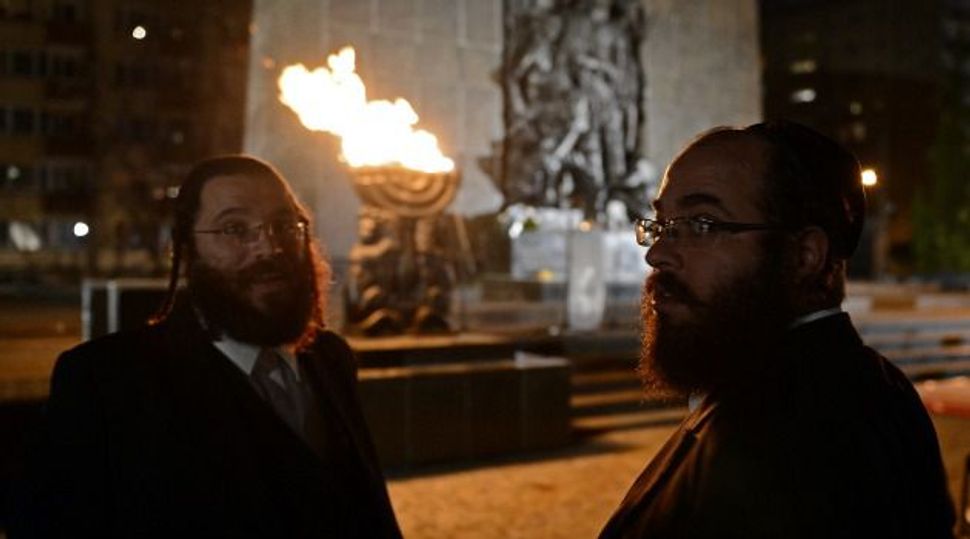 Painful Past: Two Jewish men stand in front of the monument to the fighters of the Warsaw ghetto uprising in Warsaw. Image by Getty Images

Police in Warsaw arrested a man for allegedly assaulting a 78-year-old man while shouting anti-Semitic insults.

The suspect, identified in Polish media as a 30-year-old man whose first name is Pawel, hit the victim outside a store on Friday, causing him injuries that required his hospitalization.

Police found Pawel L., as the news website fakt.pl identified him, being subdued by passersby who intervened after witnessing the attack. The report did not say whether the victim of Pawel L.’s alleged assault was Jewish, but prosecutors intend to charge him with perpetrating a hate crime, as well as assault, according to Fakt.

Pawel L. was taken into custody immediately at the scene and, if convicted, may face a jail term of up to 10 years.