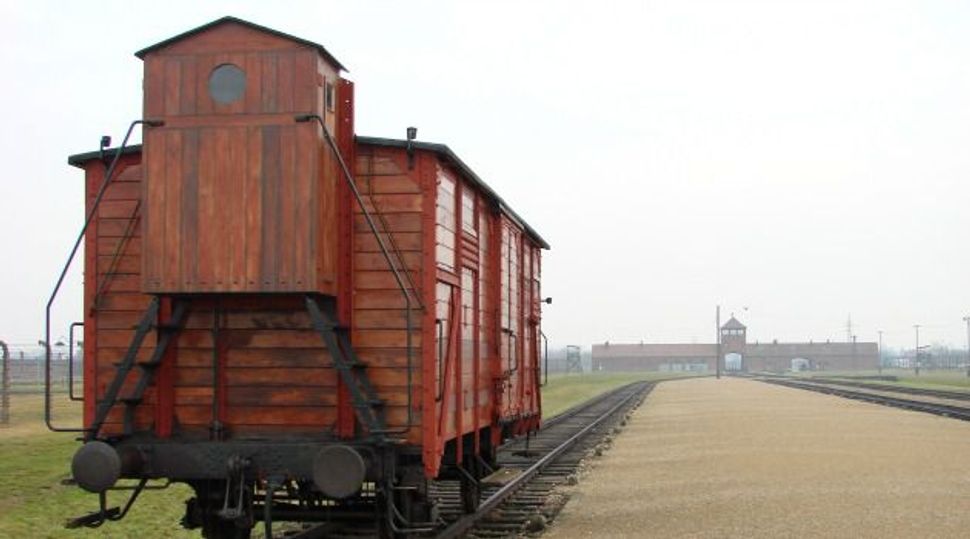 Austria’s national railway company opened an exhibition at the European Parliament about the firm’s complicity in the Holocaust.

“When we first discussed bringing this exhibition here, some from our marketing team feared it would hurt the brand,” Kern said. “But we need our brand to be clean. And showing what happened in the Holocaust is necessary for that.”

The exhibition features a confined space the size of a cattle wagon of the sort that was used in transporting tens of thousands of Austrian Jews and other groups persecuted by the Nazi regime in Austria to concentration and death camps across Europe.

It also tells the story of foreigners who were forced to work in the Austrian railway, and the story of the railway’s rapid absorption, within a few days, into the German railway system after Nazi Germany merged with Austria in 1938.

For decades after World War II, Austrian politicians argued that Austria was an occupied nation and officials at first resisted offering restitution to Holocaust victims. This ended in 1991, when then-chancellor Franz Vranitzky apologized for his country’s role in the murder of 90 percent of Austria’s pre-Holocaust population of over 200,000 Jews.

“The exhibition tells not only the story of what happens in the Holocaust, but also the background – the process of nazification among the railway’s workers, the rooting out of dissidents, the severe oversight that existed,” said Milli Segal, an Austrian Jew who is curator of the exhibition.