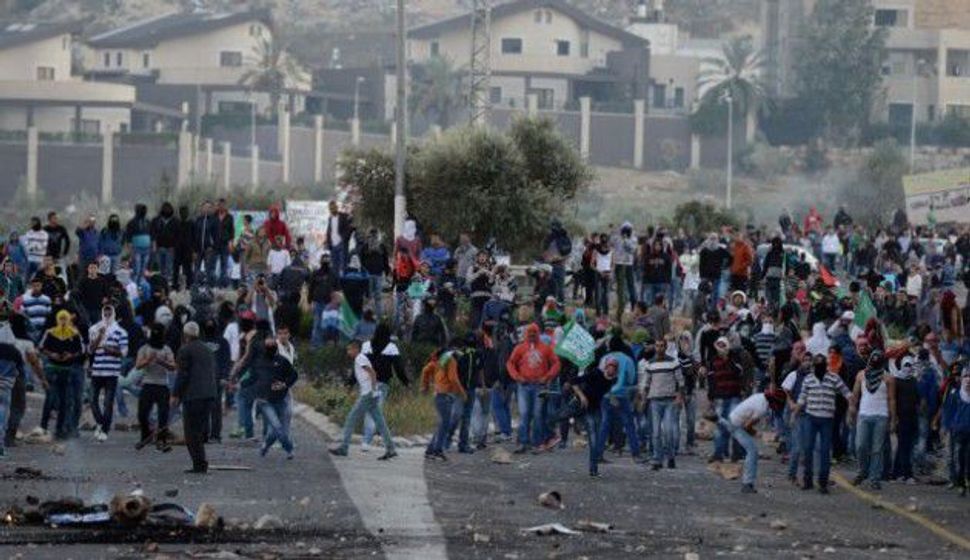 Prime Minister Benjamin Netanyahu on Monday publicly challenged Israeli Arabs protesting against a deadly police shooting in one of their villages to go and live under Palestinian rule in the West Bank and Gaza.

Ahmed Tibi, a prominent Arab legislator, said the comments – some of the most biting Netanyahu has directed at the country’s Arab minority – showed the right-wing Likud party leader had “gone off the rails.”

Rock-throwing protests have erupted in several Arab communities in Israel since police on Saturday shot dead an Arab man who attacked their vehicle. Police are investigating allegations he was killed after walking away from the officers.

“To all those who are demonstrating and shouting their denunciation of Israel and support of a Palestinian state, I can say one simple thing: you are invited to move there – to the Palestinian Authority or to Gaza,” Netanyahu said.

“I can promise you the State of Israel will not put any obstacles in your way,” he told a meeting with Likud legislators.

Arabs make up about 20 percent of the Jewish state’s eight million population.

Talks between Israel and the Palestinians, who seek their own state in the West Bank and Gaza, broke down in April, with th3 Palestinians angry at the continued building of Jewish settlements in occupied territory and Israel furious at attmepts to bring the Islamist group Hamas, which officially denies Israel’s right to exist, into the Palestinian government.

Tibi accused Netanyahu, who has publicly pledged to explore the possibility of revoking the citizenship of Israelis who “call for Israel’s destruction,” of pandering to far-right potential challengers in Likud.

The party is to hold a leadership vote in January amid mounting speculation of a national election, due only in 2017, within months.

“These kinds of things have never been said by any prime minister – not by (Menachem) Begin, nor by (Yitzhak) Shamir,” Tibi told Reuters, referring to the late nationalist leaders and pre-state underground chiefs.