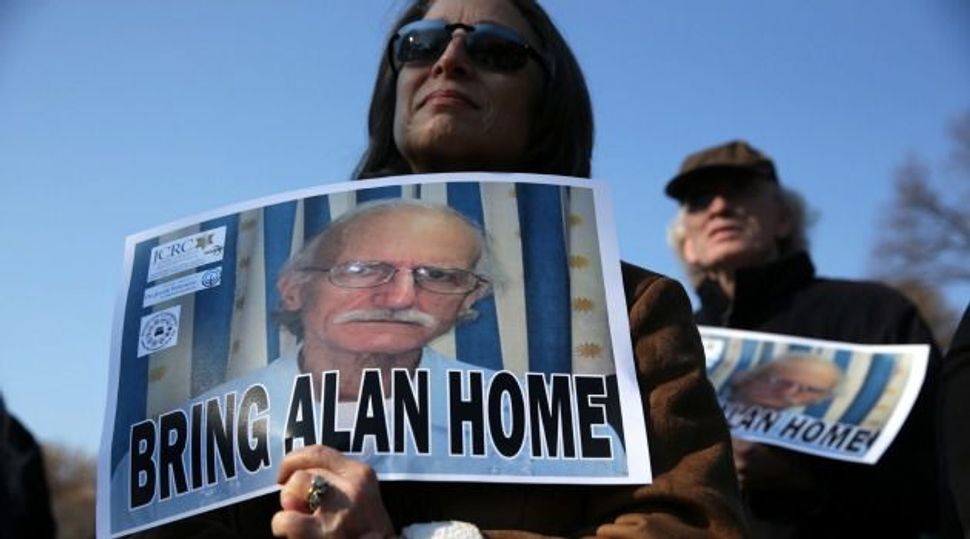 Alan Gross, the Jewish government contractor jailed in Cuba for crimes against the state may be closer to returning home, in part because he has threatened to end his life if he is not released, a U.S. senator said on Tuesday.

The detention of Gross since December 2009 has increased tensions in already troubled U.S.-Cuban relations and prevented the historic adversaries from resolving wider differences.

Gross, 65, a former subcontractor for the U.S. Agency for International Development, is serving a 15-year sentence for illegally providing Internet equipment and service to Cuban Jewish groups under a U.S. program promoting political change that the Cuban government considers subversive.

Senator Jeff Flake, a Republican from Arizona, and fellow Senator Tom Udall, a Democrat from New Mexico, met with Gross for two hours on Tuesday at his hospital prison in Havana.

Asked if he was optimistic about progress toward Gross’ release, Flake, a member of the Senate Foreign Relations Committee, told reporters, “I do feel we are closer there.”

“One, because of what Alan Gross has said himself. This is going to end one way or another. We’ve gone on five years and I think any benefit that the Cuban government may have seen (from holding him) has to have evaporated by now,” Flake said.

Gross has vowed not to spend his birthday next May in jail, threatening to end his own life, his wife and lawyer say.

However, Flake gave no indication the United States and Cuba were any closer to entering talks about Gross.

The United States has repeatedly called for Gross’ release but rejected Cuban offers to enter talks that would link Gross to the cases of three Cuban agents serving long prison terms in the United States for spying on Cuban exile groups in Florida.

Once a plump 254 pounds (115 kg), Gross has lost more than 100 pounds (45 kg), developed severe hip pain and lost most of the vision in his right eye, lawyer Scott Gilbert, has said.

Flake has long advocated that the United States end its 52-year-old economic embargo of Cuba and normalize relations. His influence may grow in January when the Republicans formally take over the majority in the U.S. Senate from the Democrats.