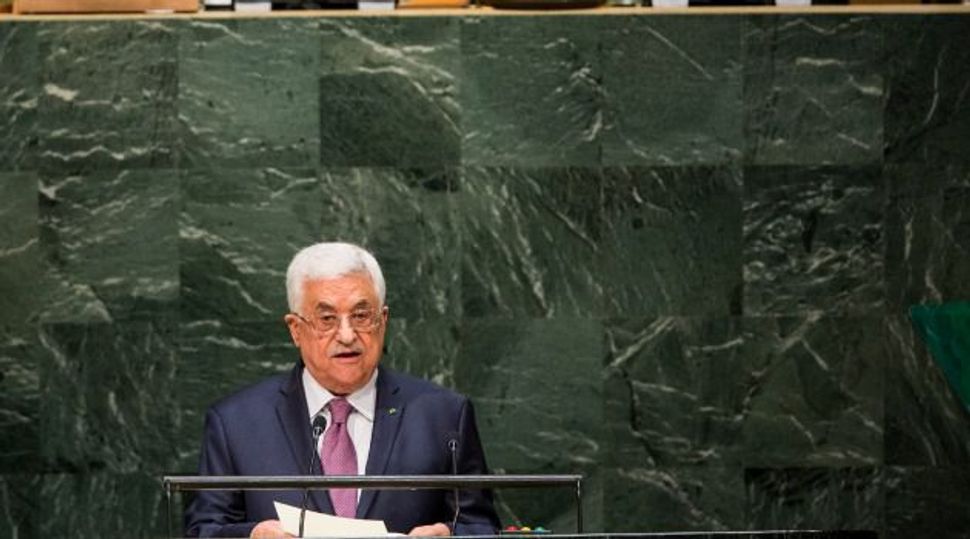 Several groups also expressed concern over the escalation of terror and tension in Jerusalem and throughout Israel.

“Mahmoud Abbas and other Palestinian officials must end their inciteful comments,” said Robert Sugarman and Malcolm Hoenlein, chairman and executive vice chairman, respectively, of the Conference of Presidents of Major American Jewish Organizations. “His reference to igniting a religious war, as well as his earlier statements which urged that Jews should be blocked from entering the Temple Mount ‘by all means necessary’ and denying any Jewish connection to its holiest site, only serve to raise tensions and encourage further violence. These attacks should instead be condemned by Mr. Abbas and the Palestinian leadership, international community and the United Nations.”

The Presidents Conference also called on Israel to “do everything possible to protect its citizens and restore peaceful conditions.”

The Zionist Organization of America said in a statement issued last week that “it is high time to cease pretending that Abbas is a genuine moderate and peace partner.”

“It is simply astonishing, immoral and deeply damaging to the cause of peace that the world, including the Obama Administration, takes no notice of Palestinian Arab incitement to hatred and murder and the open, shameless glorification of any Palestinian Arab who tries to or succeeds in murdering even a single Jew,” said Morton Klein, the ZOA’s national president.

The Anti-Defamation League in a statement called on Israeli civic and political leaders to work to deescalate tensions between Arab- and Jewish-Israelis.

“This spate of violence by Palestinians, including stabbings, shootings and the deliberate crashing of cars into civilians, is alarming,” said Abraham Foxman, ADL’s national director. “It is appalling that Palestinian President Abbas has not condemned against these attacks, despite the ongoing violence and messages throughout Palestinians media and society celebrating the violence and calling for more. Abbas’ outrageous and disgraceful silence is further evidence that he is abandoning his past commitments to non-violence and to Israeli-Palestinian reconciliation.

The American Jewish Committee in a statement issued last week called on governments worldwide “to condemn unequivocally Palestinian terrorist attacks in Jerusalem, and to press the Palestinian Authority to make every effort to deter, rather than incite, further assaults.”

The statement came after two Palestinians drove their cars into groups of people waiting at Jerusalem light rail stops and the assassination attempt on Temple Mount activist Yehuda Glick.

“Hamas rockets and missiles may be quiet for the moment, but Palestinian individuals, affiliated with terrorist organizations, are using other methods to kill and maim,” said AJC Executive Director David Harris.