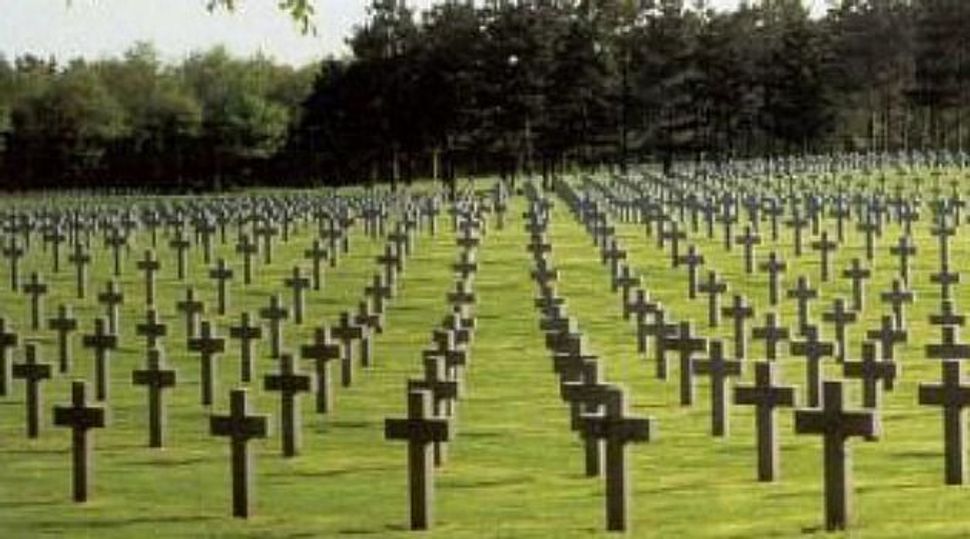 Germany’s ambassador to the Netherlands is slated to attend a commemoration at a cemetery where many SS soldiers are buried.

Amb. Franz Josef Kremp is supposed to attend the commemoration on Nov. 16 at the Ysselsteyn cemetery near Eindhoven in the eastern Netherlands, a cemetery for victims of World War II. He is, according to a report Wednesday by the Dutch De Telegraaf daily, aware that it contains the remains of SS soldiers.

Herman Loonstein, founder of the Federative Jewish Netherlands group and a Jewish activist against commemoration in the Netherlands of Nazis and soldiers who fought for Germany, told the daily: “I think this is an affront. Mr. Kremp should not be presenting SS soldiers as victims. Jews were the victims.”

De Telegraaf reported that it had obtained a letter written by Kremp about the Ysselsteyn cemetery — where neo-Nazis have gathered in the past to honor Nazi soldiers buried there — in which he stated: “Among the dead resting here are German and Dutch war casualties, including Waffen SS.” The report did not say to whom the letter was addressed and in what context.

The Waffen SS was an elite Nazi unit whose men are responsible for the murder of countless Jews during the Holocaust.

Holland, which saw heavy battles between soldiers fighting for Nazi Germany and Allied forces, has many cemeteries where combatants from both camps are buried.

In recent years, Jewish groups like Loonstein’s have protested an emerging trend, in which commemorations are extended not only to the Allied forces’ casualties and Holocaust victims, but also to the German soldiers. Organizers of such events have justified them as promoting reconcilliation.

The Center for Information and Documentation on Israel, the Jewish community’s watchdog on anti-Semitism, has criticized this practice, warning it blurs the line between victim and perpetrator.