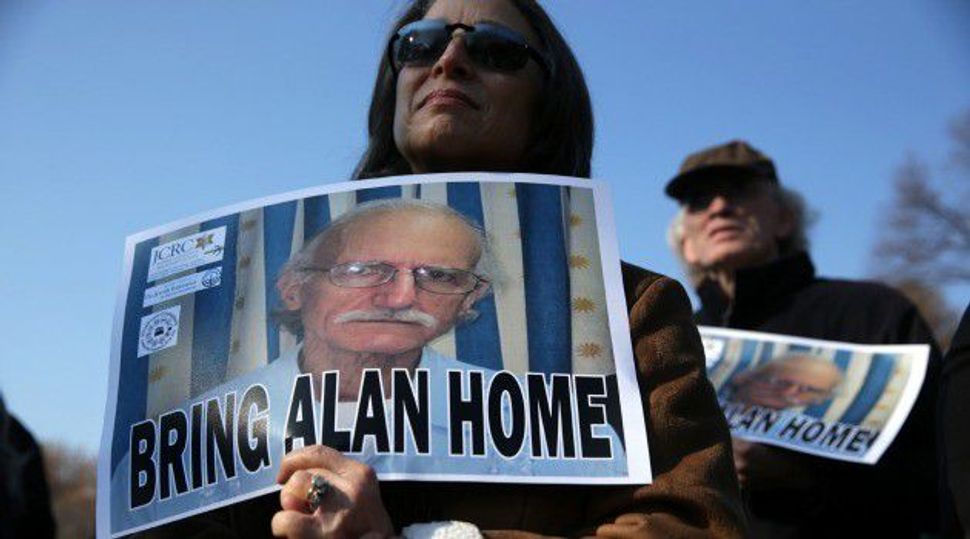 A federal appeals court in Washington on Friday rejected a lawsuit filed against the U.S. government by an American contractor imprisoned in Cuba who says he was not warned about the risks of working on the communist-controlled island.

Alan Gross and his wife Judy filed the $60 million lawsuit in November 2012 for gross negligence against the U.S. government and Development Alternatives Inc, a Bethesda, Maryland, contractor.

Gross settled with DAI for undisclosed terms in 2013, and a U.S. district court rejected his claim against the government.

The appeals court panel on Friday upheld the district court’s finding that the U.S. government has sovereign immunity because damage to Gross occurred outside the country.

The lawsuit said Gross, 65, should have received better information and training for his job of increasing Internet access and the flow of communications. Gross was working for DAI under a contract with the U.S. Agency for International Development.

Gross has been jailed in Cuba since December 2009. He is serving a 15-year sentence for providing Internet gear to Jewish Cubans under a U.S. program that Cuba views as subversive.

The United States says Gross was merely helping the local population get connected as part of a democracy-building project.

Information is tightly controlled on the Caribbean island, Internet use is limited, and visitors are not allowed to carry satellite technology.

A spokeswoman for one of Gross’ lawyers declined to comment.

Because of Gross’ detention, tensions have mounted in already troubled U.S.-Cuban relations.

Gross has threatened to end his life if he is not released before his next birthday in May, his wife and lawyer say.

The three-judge panel said the Supreme Court had previously held that the so-called foreign country exception “bars all claims based on any injury suffered in a foreign country, regardless of where the tortious act or omission occurred.”

The judges suggested that any sense of injustice that the law did not cover people sent to foreign countries at the behest of the United States was a “policy argument … better directed to Congress.”